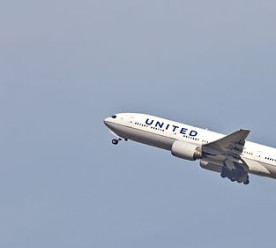 BT has been hit with a £42 million fine from UK telecoms regulator Ofcom and will also pay £300m to corporate customers for delays in installing high-speed lines. Ofcom found BT’s Openreach division had cut compensation payments to telecoms providers for delays in installing the lines between early 2013 and late 2014. BT is supposed to roll out high-speed lines within 30 days. If it cannot do that then it can give notice and say it needs a longer, and that is acceptable under the rules. However, Mr Rasmussen, Ofcom’s investigations director, said that if BT did not provide “appropriate notice” it had to pay compensation to its telecoms provider customers for the delay. The investigation found that notice was not always appropriately provided and that BT would go back in time to try and justify its delay to avoid paying compensation. Ofcom said the fine was the largest it had ever given out. (BBC)

US airline United Airlines has dismissed claims of an intrusive and sexist dress policy after it faced a wave of criticism for barring two teenage girls from boarding a flight over the weekend. The girls were turned away from their flight for wearing leggings. In its response to intense social media criticism over the weekend, United said the girls were travelling on a special pass, for employees and their guests, which has a dress code. A spokesperson for the company said pass travellers are representing the company and as such are not allowed to wear Lycra and spandex leggings, tattered or ripped jeans, midriff shirts, flip-flops or any article of clothing that shows their undergarments. It has since clarified that all regular, paying customers are welcome to wear leggings. (The New York Times)

Whatsapp must be accessible to authorities

The UK’s home secretary Amber Rudd has called for the police and intelligence agencies to be given access to WhatsApp and other encrypted messaging services. The call comes in the week following the attack in Westminster in a bid to thwart future terror attacks. The home secretary said it was “completely unacceptable” that the government could not read messages protected by end-to-end encryption and has summoned leaders of technology companies to a meeting to discuss how they can move forward. Rudd refused to rule out passing new legislation to tackle encrypted messaging if she did not get what she wanted, and stressed that it was her desire to persuade internet and social media companies to cooperate voluntarily. Critics questioned both the need for powers of the kind Rudd seemed to be demanding, and also the practicalities of trying to use UK domestic legislation to curb the activities of global internet companies largely based in the US. (The Guardian)

Leading sandwich chain Pret A Manger has backtracked on its plan to introduce a work experience scheme which would have seen 16 to 18 year olds offered free sandwiches in return for their time. The Big Experience Week Scheme will enable 500 young people to gain exposure to different aspects of Pret’s business including food production, customer service and social responsibility. In response to questions on social media over its commitment to social responsibility, including the exploitation of young people, Pret has since confirmed that it will now pay all work experience trainees its hourly starting rate. The work experience scheme is part of the company’s planning for potential recruitment crisis after Brexit. Director of Human Resources at the sandwich chain recently stated that, similar to the wider industry, Pret does not receive enough applicants from British citizens to fill its vacancies. (Independent)

A plan to extract millions of litres of water out of a UNESCO world heritage site and ship it to foreign markets for bottling has ignited a campaign over water resources in New Zealand. An export company, Alpine Pure, has been given permission to collect 800 million litres a month of the glacial waters of Lake Greaney and Lake Minim Mere and transport it to markets in China, India and the Middle East. Green groups are calling on the government to urgently step in and protect the nation’s freshwater springs and lakes, although Alpine Pure claims it is only taking a fraction of the water that falls as rain on the Southern Alps. But the plan has angered environmentalists who warn New Zealand is giving away its most precious natural resource for free, at a time when domestic water supplies are increasingly subject to contamination scares. (The Guardian)