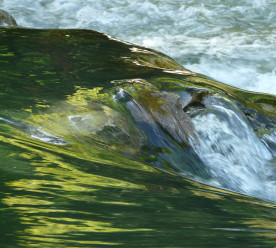 Uber has been forced to halt its controversial pilot of self-driving cars in San Francisco after local highways regulators revoked its vehicles’ registrations, ending a legal stand-off over California’s rules on testing autonomous vehicles. Uber has argued that because its cars require constant supervision from a human driver, they do not meet the California State’s definition of an “autonomous vehicle” and so did not require a permit, despite 20 other companies including Google, Tesla, Ford and BMW all holding such a licence for similar trials. Some critics say Uber’s reluctance to apply for a permit is because it does not want to disclose relating to traffic accidents. San Francisco’s mayor, Ed Lee, said “I have always been a strong supporter of innovation and autonomous vehicle development and testing, but only under conditions that put human, bicyclist and pedestrian safety first.”. Despite Uber’s opposition to the permit, the California’s Department of Motor Vehicles has invited the company to apply for one. (Financial Times)

Drinks giant PepsiCo has announced it will restore and protect a handful of watersheds in Latin American countries in which it operates, including Mexico, Brazil, Colombia and Guatemala. The company announced plans to “replenish” all the water used during manufacturing in high water risk areas by returning it to the watershed from which it was taken. The company’s plan includes planting native trees, bushes and shrubs to reduce soil erosion, restoring and protecting riverbanks, and putting up fencing to stop cattle from getting into environmentally vulnerable areas. PepsiCo has not faced the same levels of criticism as Coca-Cola for its water conservation efforts. In attempt to avoid the claims made against its rival, PepsiCo, with the help of non-profit The Nature Conservancy, has mapped its Latin American operations to identify the areas most vulnerable to water threats, including sections of forest being converted into agricultural land, areas of high soil degradation and areas of rapid urbanisation. (Guardian)

According to a forthcoming report by green banking specialist Triodos Bank and sustainability magazine Ethical Consumer,  49 percent of people in the UK claim to have changed their diet in the past year because of environmental or animal welfare concerns. In total,  39 percent of people surved had opted for free range eggs or meat, according to the annual Ethical Consumer Markets Report. There is also evidence that warnings about the environmental and climate change impacts of meat-based diets is beginning to resonate. The poll found 13 percent had tried to eat more fish instead of meat, whilst nine percent said they tended to avoid red meat and eight percent said they were vegetarian or vegan. Clare McDermott, business development director at the Soil Association said “Last year, 83 percent of households bought organic. More and more people are looking to buy organic in order to avoid pesticides in their food and to avoid meat from animals routinely treated with antibiotics”. (Business Green)

The Indian government has forecast that it will exceed the renewable energy targets set in Paris last year by nearly half and three years ahead of schedule. A draft 10-year energy blueprint predicts that 57 percent of India’s total electricity capacity will come from non-fossil fuel sources by 2027. The Paris climate accord target was 40 percent by 2030. Japan’s Softbank has committed to invest $20bn (£16.2bn) in the Indian solar energy sector, in conjunction with Taiwanese company Foxconn and Indian business group Bharti Enterprises. In September, the largely French state-owned energy company EDF announced it would invest $2bn and in October, the energy conglomerate Tata announced that it would aim to generate as much as 40 percent of its energy from renewable sources by 2025. (Guardian)

Oil and gas multinational BP has officially withdrawn its application to drill for oil in the pristine Great Australian Bight. The decision ends months of uncertainty after the company chose not to withdraw its application despite announcing  it was not pursuing the project. BP’s applications had failed to meet the National Offshore Petroleum Safety and Environmental Management Authority’s (Nopsema) regulatory requirements several times and. In a statement, Nopsema said BP had failed to provide it with the information needed on several issues including oil spill response plans, environmental monitoring, risks to commonwealth marine reserves and impacts of “planned emissions and discharges”. Nopsema’s announcement ends speculation over BP’s activities in the Great Australian Bight but leaves several other applications to drill for oil in the region progressing as usual. (Guardian)