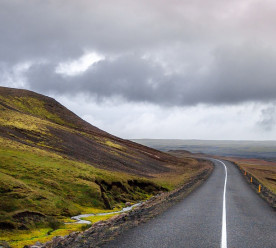 France has opened what it claims to be the world’s first solar panel road, in a Normandy village. A 1km (0.6-mile) route in the small village of Tourouvre-au- was inaugurated on Thursday by the ecology minister, Ségolène Royal. It cost €5m (£4.2m) to construct and will be used by about 2,000 motorists a day during a two-year test period to establish if it can generate enough energy to Power Street lighting in the village of 3,400 residents. In 2014, a solar-powered cycle path opened in Krommenie in the Netherlands and, despite teething problems, has generated 3,000kWh of energy – enough to power an average family home for a year. Marc Jedliczka, vice-president of Network for Energetic Transition (CLER) told Le Monde: “It’s without doubt a technical advance, but in order to develop renewables there are other priorities than a gadget of which we are more certain that it’s very expensive than the fact it works.” (Guardian)

Planned strikes by British Airways cabin crew on Christmas Day and Boxing Day have been suspended. Members of Unite were due to walk out over Christmas in a dispute over pay. The union said workers employed in the so-called mixed crew – who have joined since 2010 – were on lower pay than other staff. Lengthy talks at the Advisory, Conciliation and Arbitration Service (Acas) have led to a revised offer that will be put to a ballot of union members. The union is recommending the revised offer to its 2,700-plus mixed fleet members at British Airways. The Unite general secretary, Len McCluskey, said: “Over the past four days, and indeed the past two years, this union has worked tirelessly to find a resolution to the issues causing our members concern. We now have a new offer from the company, which we will put to our members. The two-day strike over Christmas and Boxing Day is now suspended.” (Guardian)

Medical waste, broken bottles and household trash are some of the items found in more than 100 tonnes of garbage salvaged near a drinking water reservoir in Shanghai. The suspected culprits are two ships that have been dumping waste upstream in the Yangtze River. Waste has then flowed downstream to the reservoir on Shanghai’s Chongming Island, home to 700,000 people. The reservoir is one of the four main sources of drinking water for the country’s largest city, according to local media. Shanghai’s water authority claims supplies are still safe to drink, but has stopped the flow coming in while it continues testing. Earlier this year more than 500 students developed nosebleeds, rashes and illnesses, some as severe as leukaemia, in what local media linked to illegal toxic dumping by chemical factories. Although parents complained for months, local officials ignored their claims and disputed any connection despite levels of chlorobenzene, a highly toxic solvent that causes damage to the liver, kidney and nervous system, nearly 100,000 times above the safe limit. (Guardian)

Which? has requested a judicial review of trading standards watchdogs over their handling of the Whirlpool tumble dryer scandal. Peterborough Trading Standards has been dealing with the alert, as Whirlpool’s UK head office is in Peterborough. The scandal involves a reported 5.3 million dryers made by Whirlpool brands Hotpoint, Indesit and Creda. Fire chiefs warned in October that owners of faulty Whirlpool dryers must stop using them immediately after one of the machines was found by the London Fire Brigade to be the cause of a huge blaze in an 18-storey tower block in Shepherd’s Bush in London in August. Which? said it was “stepping up its action” with the judicial review request to the High Court following Peterborough Trading Standards’ “failure to review the situation in light of this report”. The consumer group said it believed that Peterborough Trading Standards had failed consumers by not properly carrying out its role as an enforcer of product safety laws. (Telegraph)

Gender Pay Gap Falls To 5% For Millennials In Their 20s

The gender pay gap for millennials in their 20s has been cut in half in a generation to just 5 per cent, but lots of that progress looks set to be undone with early signs showing that the gender pay gap continues to escalate as women enter their 30s and 40s. This suggests that millennial women will still earn significantly less than their male counterparts over their careers, according to new analysis published by the Resolution Foundation as part of its Intergenerational Commission. Looking at women’s early careers, the analysis finds that baby boomers (those born between 1946 and 1965) experienced a pay gap of 16 per cent during their 20s. That gap fell to 9 per cent for women in generation X (born between 1966 and 1980) and then to 5 per cent for millennials (born between 1981 and 2000). This reflects positive trends, including rising higher educational participation and more women breaking into high-paying industries. However this analysis also highlights that key challenges remain, notably the enduring pay penalty associated with having children. (Blue & Green Tomorrow)