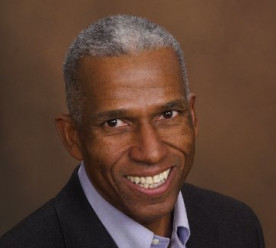 Sharing-economy companies have come under fire for exploiting workers and damaging communities. But it doesn’t have to be that way, writes Gerry Valentine.

A sharing economy is a system based on shared or rented assets rather than individual ownership. Sharing has the dual benefit of allowing assets that would otherwise remain idle to generate more value — thus providing their owners more income — and allowing people who share or rent assets to avoid the cost of full ownership. For example, one of the best-known sharing-economy companies, Airbnb, allows travellers to rent spare rooms, apartments, or entire homes, thereby generating income for hosts and providing travellers with savings over hotel rates. BlaBlaCar is another sharing example; it enables people to share long-distance rides and split costs.

This “peer-to-peer” sharing model has been extended to include companies that purchase the asset and rent time to their customers — companies like Zipcar, which rents time on a fleet of automobiles, and BCycle, which rents out a fleet of bicycles. Perhaps the ultimate extension of the sharing economy is what has been dubbed the “gig economy,” in which individuals rent out their time or talents via companies that connect those offering the service with people seeking it. These gig economy companies include ride-sharing services like Uber and Lyft, while others like Handy, Upwork, 99designs, and TaskRabbit allow people to rent out their own time for all manner of jobs, including creative services, house cleaning, home repairs, odd jobs and errands, and more.

The broken promise of sharing

The promises of sharing assets (whether cars or people’s time) have been lofty: reduced carbon footprint and environmental impact; new and more flexible jobs; better business models and entrepreneurial opportunities; and increased connections between people who meet while “sharing.” While there are instances where some of these benefits may materialise, a host of serious challenges have also emerged.

Companies like Uber, Lyft, TaskRabbit, and many others have been accused of exploiting workers by misclassifying them as contractors rather than employees and thus sidestepping minimum wage laws, social security payments, and other worker protections. Airbnb has come under fire for other serious issues: reducing the amount of affordable housing available, eroding progressive taxation, fostering discrimination, and enabling  (and possibly encouraging) its hosts to operate illegal hotels.

Rather than delivering shared prosperity, it now seems that the “sharing” economy itself may increase inequality, creating billionaires while exploiting and even endangering workers, further ravaging poor and minority communities, and fostering discrimination and racism. In short, the sharing economy — the thing we expected to deliver vast social and environmental benefits — could ultimately lead to a less sustainable society.

In order to reap the promised benefits of the sharing economy, conscious business leaders need to get beyond the illusion created by altruistic language, i.e., “sharing,” and take a more strategic business approach based on conscious business principles. Rather than seeing the sharing economy as inherently good or bad, we need to see it for what it actually is: the result of dramatic technological advances that can have a positive or negative societal impact depending on how they’re leveraged.

Here’s the key question all business leaders need to answer: Does your business model produce incremental value, or are you simply shifting value? Uber CEO Travis Kalanick has articulated an ultimate goal of making Uber car rides the cheapest option — cheaper than owning a car and cheaper than taking public transportation. However, the company’s business proposition doesn’t actually reduce the expense of providing a car ride. The company doesn’t offer new automotive technology, and Uber’s ride-sharing option (Uber Pool) only comprises 20 percent of rides globally and isn’t available in all areas. Rather, Uber reduces the cost to passengers by fostering competition between drivers and fixing prices.

As a result, Uber is simply squeezing drivers, and thereby fostering inequality. To be conscious, the Uber business model would need to step up to the much harder challenge of reducing the actual expense of providing a car ride — i.e., produce incremental value — thereby delivering shared prosperity.

Airbnb is based on a simple notion: connecting people looking for a place to stay with people who have a space to rent. In many respects, it’s a classic sharing concept. However, our modern-day businesses operate in an extremely interconnected world, and it’s critical to evaluate the broader impact we have on the entire system in which we operate — i.e., the people, organizations, communities,  and others that we touch.

It has become obvious that the Airbnb model has a much broader impact on communities than the founders originally envisioned.  As conscious business leaders, we have a responsibility to engage in the type of full-systems thinking that will allow us to understand broader impact, and if necessary, to pivot our business models to ensure we remain true to our values. The Airbnb illegal hotel debate has been raging for years, and housing activists argue that 55 percent of Airbnb listings in New York City violate the law. Airbnb has responded with extensive — and expensive — PR and lobbying efforts; however, a more conscious approach would be to partner with housing activists to identify systems-based solutions to the housing problems triggered by the Airbnb business model.

The upside of today’s complex, interconnected business environment is that it comes with an abundance of feedback. There are any number of articles and blogs detailing Uber driver grievances, the hashtag #AirbnbWhileBlack went viral, and there are myriad stories on the abuses gig workers face with TaskRabbit, Handy, and the like.

The traditional business approach calls for leaders to “influence the environment” to promote business success. Conscious leaders, however, have a much harder challenge: to listen to the environment, to shift from a “you versus me” to an “us” mindset,  to re-evaluate based on feedback, and to respond productively to the environment’s feedback. For example, in the case of racial discrimination on Airbnb, listening to feedback will likely mean changing a fundamental part of the company’s process — the fact that hosts see photos of renters before accepting the rental — a change that the company has thus far been resistant to.

Ultimately, the disappointment with many sharing-economy companies may be because the name itself is a misnomer that has led to overly high expectations of altruism. In their Harvard Business Review article, The Sharing Economy Isn’t About Sharing at All, Professors Giana M. Eckhardt and Fleura Bardhi discuss the idea that the sharing economy is really about consumers who are willing to pay for access to someone else’s goods or services, and altruistic “sharing” isn’t really part of the equation. I believe their point is well taken, and that conscious leaders should keep this in mind.

Gerry Valentine is the founder of Vision Executive Coaching. He helps build companies that work for all — supporting profit, people, and the planet. Gerry focuses on business strategy, innovation, and leadership. He has 30 years of experience with multiple Fortune 100 companies, an MBA from NYU, and a BS from Cornell University. Connect with Gerry on Twitter, LinkedIn or by email at Gerry@VisionExecutiveCoaching.com.

A longer version of this article was originally published in Conscious Company Magazine.