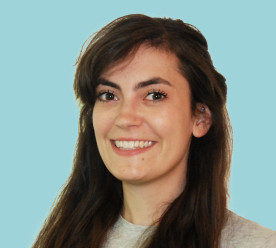 It’s been 9 months since commercial organisations with a turnover greater than £36 million and a presence in the UK have been required by law to report on the steps they are taking to ensure that modern slavery is not a part of their operations or supply chain. This is just the first piece in a much larger puzzle, and many are wondering how companies will follow through with tangible action.

Since we last reported on the Modern Slavery Act in May 2016, when 240 modern slavery statements had been published, we’ve seen a rise to more than 1,100 organisations publishing their statements. For many companies the initial panic is over: yes, they have published their statements for the first time, but the work doesn’t stop there. The statement has forced companies to think about modern slavery from a risk perspective, and the annual reporting nature will force companies to take further action to ensure modern slavery is not a part of their supply chains. Rankings are already being published, comparing companies’ responses to the Act. Transparency must be backed up by actions.

I recently attended the Thomson Reuters Foundation Trust Women conference, where speakers including slavery victims, NGOs, companies and entrepreneurs focused our attention on modern slavery and women’s issues. We learnt that the modern slavery industry is worth at least $150 billion a year, with an estimated 45.8 million people trapped in slavery. Of those, only 0.2% of victims get support to escape. Each year governments are spending roughly $1 billion to fight modern slavery; it is unclear how much corporates are spending. However, what is clear is that more resources are required to fight this $150 billion criminal industry.

The key takeaway was that companies should not be afraid to acknowledge and reveal details of slavery breaches in their supply chain. The uncomfortable truth is that no company can claim it is ‘slavery-free’, because as it currently stands, complete oversight of supply chains is near impossible. We highlighted in May this year how companies should approach gaining greater control of these issues beyond third party audits, but now it’s time to be clear on actions that companies can take to eradicate modern slavery from their supply chains.

Backing up your statement with action

In order to develop tailored solutions to the issues confronting them, companies must address vulnerabilities identified along their supply chain, and will often partner with suppliers, NGOs or governments to do so. There are, however, a number of other ways in which companies can take action now:

Whilst we may have a long way to go to completely eradicating modern slavery from supply chains, the UK Modern Slavery Act has pushed companies to acknowledge their role in modern slavery and raised the issue to prominence in the boardroom. As we’ve learnt from other issues, disclosure is the first step to addressing an issue: action comes next. As best practice and information-sharing grows, I hope to see more companies making faster progress to ensuring individuals become free from modern slavery.

Cathy Moscardini is a Senior Researcher at Corporate Citizenship.