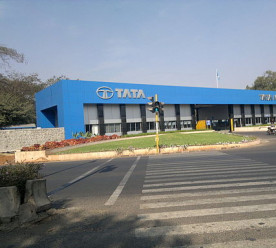 Some of the world’s biggest palm oil trading producers including Wilmar, Musim Mas and IOI have ceased procuring palm oil from Korean company Korindo. The company has been dropped by buyers after footage emerged that allegedly shows the illegal burning of vast tracts of tropical forest on lands it holds concessions for in the Indonesian province of Papua. Evidence from drones, remote sensors, GPS satellites, and photographers on the ground, suggests Korindo has transgressed Indonesia’s no-burning laws and violated responsible sourcing requirements. Alongside the destruction of habitat, wildfires in Indonesia’s tropical forests last year are thought likely to have contributed to the premature deaths of more than 100,000 people, and to have emitted more CO2 than the whole of the UK that year. IOI is one company suspending its ties with Korindo after only recently regaining its sustainability certification. (The Guardian)

Moms Across America, Beyond Pesticides and the Organic Consumers Association have filed a lawsuit against consumer foods brand General Mills for allegedly misleading consumers with “natural” labels on its “Nature Valley” granola bars. The NGOs argue General Mills’ all-natural claims on the granola bars are “false, deceptive and misleading” after glyphosate residue, a chemical herbicide, was recently found in the product. The herbicide has been linked to a number of possible diseases, including diabetes, obesity, asthma, infertility and lupus, although such claims are debated. The U.S. Food and Drug Administration do not currently provide a definition of the term “natural” for consumer products nor does it regulate its use. (TriplePundit)

India’s Supreme Court has said that land attained by West Bengal state for a Tata Motors factory must be returned to farmers within 12 weeks, overturning a previous order that upheld the acquisition. One thousand acres of land was originally taken from farmers in Singur in a 2006 land acquisition that the court described as “shocking” and “a farce”. Tata Motors, one of India’s top automakers, was given the land by West Bengal’s previous government. After violent protests by farmers who did not want to surrender their land, Tata Motors moved the operations to Gujarat state in 2008. The ten year dispute in Singur has come to reflect the wider standoff between industry in India and villagers unwilling to part with their land. (Thomson Reuters Foundation)

EU bodies including the European Investment Bank and the European Bank for Reconstruction and Development have been accused of undermining the Paris Agreement by funding “dirty” energy projects by environmental NGO Climate Action Network Europe (CAN). In a new report, CAN accuses some of Europe’s most influential funding mechanisms of spending billions of Euros supporting fossil fuel projects that threaten progress on climate targets. The EU has overarching climate targets to cut its greenhouse gas emissions by 80 per cent by 2050 and played a major role in the 2015 UN climate negotiations, which saw 197 countries commit to delivering a net zero emission economy by the end of this century. According to CAN analysis, the EU’s banks, investment funds and high-profile policy mechanisms continue to support projects that undermine the ability to achieve these climate targets. (BusinessGreen)

Transportation network company Uber has won the right to take Transport for London (TfL) to court over new rules that would force its drivers to pass English tests. The new rules scheduled to be implemented by Transport for London (TfL) from October would require all private-hire drivers not from English-speaking countries to prove their language skills. After initially supporting the tests, Uber has now successfully applied for judicial review of TfL’s proposals, arguing the requirement that drivers provide a language certificate is unnecessary, costly and a threat to the livelihood of their drivers. Tom Elvidge, general manager of Uber London, said: “We’re pleased that the judge has decided this case deserves a hearing”. (BBC News)