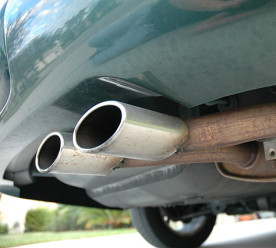 MPs call for a ban on businesses sacking new mums

The Women and Equalities Committee has argued “urgent action” is needed to give new and expectant mothers more protection at work after a “shocking” increase in discrimination. The number of expectant and new mothers forced to leave their jobs has almost doubled to 54,000 since 2005. The committee has called for a system similar to that implemented in Germany, where it is harder to make women redundant during and after pregnancy. In this system, from the beginning of pregnancy until four months following childbirth, employers can only dismiss an employee in very rare circumstances and government approval is required to do so. In the UK, although it is illegal to dismiss a woman for reasons relating to having a child, a company can find other reasons for making her redundant. (BBC News)

A major survey of 3,000 residents of Chinese cities has revealed over 90 per cent of Chinese consumers say they are willing to pay more for clean energy. The survey was carried out by global market research firm Ipsos MORI and commissioned by the Chinese Renewable Energy Industries Association (CREIA). The findings reveal overwhelming public support for green energy generation. Over 90 per cent of people surveyed also said they were concerned about environmental pollution and more than 96 per cent believe “green power” could help to tackle this issue. Peng Peng, director of policy research at CREIA, said “compared with those overseas, Chinese consumers show stronger willingness to purchase green power. However, there are currently no options for consumers in China to select their source of supply”. The industry is calling for the government to give renewables projects priority access to the grid and require energy companies to offer green tariffs to customers. (BusinessGreen)

Almost a year on from the Volkswagen emissions scandal new diesel cars are still emitting many times the official limit for polluting nitrogen oxides (NOx) when driven on the road, according to tests by Emissions Analytics. Companies including Renault, Mercedes-Benz, Mazda and Hyundai have all launched diesel models in 2016 with NOx emissions that, when driven in real-world conditions, far exceed the official lab-based tests for NOx emissions that diesel cars must pass. Ironically, the only new model to meet the limit when on the road was a Volkswagen Tiguan. The news comes after research released this week claimed air pollution in UK cities has not been tackled effectively because politicians prioritise economic growth and road safety instead. The EU has tightened emissions regulations and, from September 2017, diesels that emit more than double the lab limit for NOx on the road will be banned from sale. (The Guardian)

Shipping markets failing to reward the most efficient vessels, according to research

The market is failing to adequately reward shipowners that invest in the most energy efficient vessels, according to new research published by environmental NGO Carbon War Rooms in collaboration with University College London’s Energy Institute. Although efficient ships save shipowners money on fuel, they are not rewarded for their investment with green premiums or preferential contracts. This means there is little incentive for shipowners to invest in new, more environmentally friendly ships, according to the researchers. The report is calling on the industry to better reward investment in green shipping technology and recommends that banks considering finance decisions for new ships should take into account the fuel efficiency savings available from the greenest ships. (BusinessGreen)

U.S. based drinks giant PepsiCo has reported that its water conservation efforts have now saved the company more than $80m between 2011 and 2015. PepsiCo has exceeded its long-standing water-efficiency goal, cutting operational water use by 26 per cent against a 2006 baseline and beating a target to cut water use by a fifth by 2015. The company said that overall it had cut absolute water usage in its operations by approximately 3.2 billion litres in 2015, reducing the water footprint of its supply chain despite growing its beverage and snacks manufacturing volume. The news comes in the same week that competitor Coca-Cola reported it had become the first Fortune 500 company to fully replenish the water it uses, an internal target achieved five years ahead of schedule. (BusinessGreen)