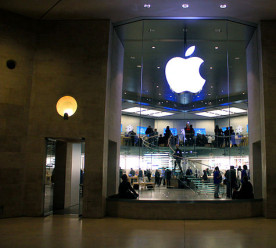 Apple ordered to repay €13 billion in back taxes

After a three-year long investigation, the European Commission has concluded that American technology giant Apple should pay the Irish government up to €13 billion in back taxes, plus interest. The probe into Apple’s tax affairs found that Ireland granted undue tax benefits to the company, allowing Apple to pay significantly less tax than other businesses. At times the company was able to pay an effective tax rate of well under 1% on its European profits. Apple’s company structure enabled it to legally channel international sales through Ireland to take advantage of that tax deal. Under EU law, national tax authorities are not allowed to give tax benefits to selected companies – which the EU would consider to be illegal state aid. Consequently, Ireland has been ordered to recover the illegal state aid granted to Apple over a ten year period. Apple and the Irish government are likely to appeal against the ruling, whilst US authorities have criticised the investigation into Apple and other US firms. (The Guardian)

Academics from the University of the West of England have found that there has been little improvement in UK air pollution concentrations from road transport over the past twenty years. The study argued that despite the UK signing up to international air quality standards in 1995 as part of the Environment Act, planners have focused on reducing road deaths and promoting growth at the expense of environmental improvement. The academics claim that poor air quality is causing more harm than road accidents, citing current figures that estimate there are over 50,000 deaths a year from air pollution in the UK. They also highlighted the social equity issue: poorer areas are more likely to be exposed to higher levels of pollution, while contributing much less to the problem by driving less. (The Guardian)

The world’s largest soft-drinks provider Coca-Cola has become the first Fortune 500 company to replenish all the water it uses in its products around the world via 248 community partnership projects. The achievement has come five years ahead of its internal target and means the company now returns the same volume of water back to communities and nature as it uses in its drinks ranges every year. This includes the water used in its manufacturing processes but not that which is used to grow agricultural ingredients used in the drinks. Results from water use specialists LimnoTech and consultancy Deloitte found that last year Coca-Cola returned 115% of the water used to produce its products, equivalent to around 191.9bn litres of water. CEO of the company, Muhtar Kent, said Coca-Cola is “committed to responsible water use today and tomorrow”. (BusinessGreen)

The Australian state of Victoria is to introduce a permanent ban on all onshore unconventional gas exploration, including fracking and coal seam gas. The legislation for the ban is scheduled to be introduced later this year and will make Victoria the first Australian state to impose such action. A parliamentary inquiry last year into onshore unconventional gas in Victoria received over 1,600 submissions, with the majority opposing fracking and coal seam gas exploration. The government has highlighted a number of benefits that will result from the ban, including the protection of 190,000 jobs, bringing certainty to regional communities and bringing an end to the anxiety felt by farmers surrounding the environmental and health risks potentially associated with fracking. Despite the move, exploration and development for offshore gas is set to continue in the state. (The Guardian)

The waste generated from London’s Notting Hill Carnival, the largest street party in Europe and the second biggest carnival in the world, is to be converted into energy by French resource management multinational Veolia. The event, having taken place over two days from Sunday to Monday, is estimated to have produced around 200 tonnes of rubbish. This waste is expected to generate 97,200 kWh of green electricity by the company while also saving 54 tonnes of CO2 emissions. The energy produced will be enough to power 80,000 hot showers or 84km of travel on the London Underground.  (BusinessGreen)