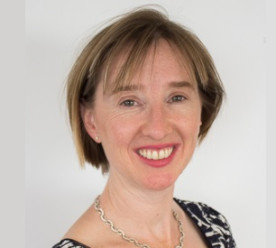 How do you fill the modern slavery data gap?

Accurate data on modern slavery is hard to find, writes Jo Webb. Companies must think outside the box to address risks.

There is a business saying that what gets measured gets managed. But how can we measure and manage modern slavery issues, which are complex and often hidden deep in global supply chains?

Despite increasing exposure to modern slavery risks, credible data on the issue is still hard to find. Efforts to tackle the modern slavery problem are limited not only by the lack of data but also by its quantity, type, accessibility or information on the risks and individuals.

According to the latest Global Slavery Index there are over 45 million people in some form of modern slavery worldwide, the largest proportion of which are estimated to be held in forced labour. This is a significant increase from the 2014 Index estimate of 35 million.  Although there are suggestions that improved methodologies and measurement are leading to better estimates, discrepancies in global slavery data shows that the extent of the issue is still hard to quantify.

With regulations such as the UK Modern Slavery Act and the US Trade Facilitation and Trade Enforcement Act – banning imports of goods made with forced labour into the US – the modern slavery issue has risen up the corporate agenda. However, the analysis of modern slavery reporting so far shows that companies are still largely failing to address the root causes of the issue, focusing broadly on policy-making and top line risk assessment.

Although modern slavery does leave a data footprint, it is difficult to detect and to report because there is lack of hard data. As a consequence, companies that use data to inform their risk assessments are also likely to be drastically underestimating the risk of slavery in their supply chains.

So how can companies get data on modern slavery?

Thomson Reuters research shows a high correlation between money laundering and slavery risk, and corruption and slavery risk, thereby offering the opportunity to utilise other data sets that can be a proxy for modern slavery.

At some point, the proceeds of slavery will emerge in the financial system and both financial institutions and corporations may be unconsciously doing business with individuals or criminal organizations that exploit communities and individuals across the globe. Knowing that a country is high for corruption risk and spotting anti-money laundering risk flags could be a starting point for modern slavery due diligence.  As part of a wider risk-based approach, this allows organizations to bucket suppliers into risk categories and therefore adopt appropriate levels of due diligence to screen third parties.

Multi-stakeholder collaboration is essential, including working with leading NGOs to provide guidance and data analysis to uncover the links between forced labour and labour trafficking in supply chains and other crimes such as corruption. Gathering and sharing intelligence on the intersection of global financial systems and supply chains is crucial.  The increase in anti-slavery regulations for businesses, anti-money laundering directives and awareness-raising initiatives for the financial services industry on spotting proceeds of illicit funds provide the sweet spot for business and the financial services industry to jointly tackle human trafficking.

Data tools are essential for companies to take action to investigate, improve and eradicate slavery risks in their supply chains by extending due diligence to identify who they are doing business with and understand how modern slavery risks intersect.

So look outside of the box – don’t just look for issues of forced labour. Complement datasets with those on anti-money laundering, corruption and in addition look for red flags such as lack of contracts and vulnerable workers. By ensuring you are not filtering out elements of important information you will be able to see the bigger holistic picture to help eradicate the billion-dollar slavery industry. Technology-driven intelligence can play a crucial role.