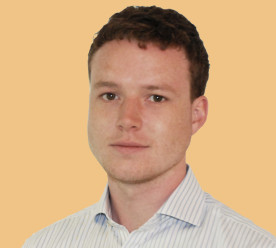 Cooperatives vs corporations in the age of the SDGs

An old idea  has been given a new lease of life, writes Michael Hegarty. But are cooperative models and corporations really so opposed?

Cooperatives were recently hailed by the UN as “key drivers of a sustainable future”. Ban-Ki Moon proclaimed that “cooperatives can make significant contributions to the SDGs [Sustainable Development Goals] on employment, poverty, hunger, and equality”, and urged governments to support these organisations. Is there something for private companies to learn here? Any business currently working to align its activities to the SDGs should certainly heed the UN’s glowing endorsement of the cooperative movement:

‘As value-based and principle driven organizations, cooperative enterprises are by nature a sustainable and participatory form of business. They place emphasis on job security and improved working conditions, pay competitive wages, promote additional income through profit-sharing and distribution of dividends, and support community facilities and services such as health clinics and schools. Cooperatives foster democratic knowledge and practices and social inclusion, making them well-placed to support the achievement of sustainable development.’

Job security & social inclusion? Competitive wages? Additional income through profit-sharing and distribution of dividends? Why didn’t we think of this earlier, you might ask. But despite a recently heightened profile, the cooperative movement is no flash in the pan.

Cooperative production models have existed for hundreds, if not thousands of years. The cooperative model as we know it emerged as a credible and equitable alternative to private industry during the British industrial revolution. It was a way of providing essential services (notably food) to members where the market was unable to provide these services sufficiently or at a fair price.

Cooperatives have varied in structure and type; from northern England’s mutuals and building societies to Longo Maï, and the modern agricultural cooperatives common around the world. But they have one characteristic in common: they are owned and controlled by the members that they serve. They therefore have different objectives to the investor owned firms (IOFs) that dominate the capitalist world. Whereas IOFs must eventually provide a return to shareholders, in theory cooperatives seek only to maximise the benefits provided to their members.

If this all sounds a bit off-the-grid, a bit utopian, it ain’t necessarily so. Some hugely successful and established businesses follow the cooperative model: from John Lewis and The Co-operative Group in the UK, to Associated Press, Sunkist and Ocean Spray in the US. Sunkist, for example, is the largest fresh produce shipper in the United States, the most diversified citrus processing and marketing operation in the world, and one of California’s largest landowners.

Thankfully, Britain is no longer wracked by 19th Century food price volatility. But in parts of the world that lack food security, the cooperative sector is large enough to provide when the market will not. The ILO estimates that in Kenya, 50% of the population derive their livelihoods from cooperatives, and 250,000 Kenyans are employed or gain most of their income from cooperatives – mostly agricultural. Globally, the UN estimates that about one billion people are involved in cooperatives in some way, either as members/customers, as employees/participants, or as or both. It estimates that they employ at least 100 million people worldwide, and the livelihoods of nearly half the world’s population have been estimated as made secure by cooperative enterprise.

So it’s not just food security that this business model helps contribute to. That brings us back to those SDGs. The opinion of the UN and the ILO is that cooperatives have a significant role to play in achieving all of the SDGs. They contribute to gender equality by expanding women’s participation in local and national economies, thereby advancing women’s access to resources and economic opportunities. Because the interests of members are paramount, they create jobs with a focus on locality and security, which are better placed to weather economic downturns. They reduce poverty by allowing workers to convert individual risks into collective risks, and improve collective access to capital and credit.

In short, leading international organisations want you to know that cooperatives are very good news, and deserve significant credit for achieving development aims. Can you remember the UN ever being so glowing about governments or the private sector? Me neither. But for all their merits, cooperatives are not uniquely placed to fix the world’s problems. Is there any fundamental reason why private companies couldn’t aspire for a similar impact?

The question of whether this is possible within a model of shareholder value maximisation has been debated for years. But that aside, many leading companies are moving away from ‘profit at any cost’. The cooperative and the corporation need not be divergent models; stakeholder-focused approaches to management can emulate the democratic and inclusive aspects of cooperatives, whilst maintaining the innovation & efficiency that only large private organisations can. And profit need not be a bad word: sustainable companies are outperforming their peers, scaling their impacts and investors are taking notice. Shareholders are waking up to long-term profit optimisation, instead of short-term profit maximisation.

In addition to many of the areas mentioned above, the SDGs put a great emphasis on partnership. As cooperatives are already suppliers to many multinationals, there’s never been a better time to engage and work closely with them towards common goals. The cooperative approach isn’t anathema to private enterprise; put the interests of your members, customers and employees first, and the returns will come.  The fact that many of the world’s most successful businesses are beginning to take this approach should be telling for those who haven’t yet done so.

Michael Hegarty is a Senior Researcher at Corporate Citizenship.