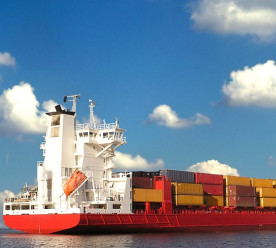 Greenpeace has urged a UK ban on microbeads after revealing in a report that top personal care companies are falling short on their commitments. One of the leaders in Greenpeace’s ranking, Colgate-Palmolive, said it stopped using of plastic microbeads at the end of 2014, but Greenpeace said the pledge only applied to products used for “exfoliating and cleansing”. One of the lowest-ranked companies was Estée Lauder. Greenpeace said the company’s commitment is too narrow, applying only to microbeads used for exfoliating, and does not set a deadline. The world’s biggest personal care company, Procter & Gamble says its “goal is to remove polyethylene microbeads from all our cleansers and toothpastes by 2017”, but again this applies only to certain products, and to just one type of plastic. A petition signed by more than 300,000 people asking for a UK ban was delivered to the prime minister in June and a US law banning microbeads was passed at the end of 2015. (Guardian)

Starbucks will trial a fully recyclable coffee cup in its UK shops, which could eventually divert huge numbers of cups away from landfill. Conventional takeaway cups produced in bulk are made from paper but are laminated with plastic, making them difficult to recycle. The new ‘Frugalpac’ cup, however, has a thin film liner designed to separate easily from the paper in the recycling process. Starbucks is set to be the first retailer to test the product, saying it will trial the Frugalpac cup in some branches. Its inventor, Martin Myerscough, is in talks with coffee shop chains and supermarkets about using the cup as their standard product. A Starbucks spokesman said: “We are very interested in finding out more about the Frugalpac cup and we will be testing it to see if it meets our standards for safety and quality, with a view to trialling its recyclability.” (Guardian)

The development bank set up by Brazil, Russia, India, and China to fund development projects has completed its first-ever sale of green bonds, raising $450 million to support clean energy projects in developing countries. The move is the first time the New Development Bank (NDB) has tapped the green bond market for capital since the bank’s creation in 2014. KV Kamath, president of the NDB, said the bond launch was a significant milestone for the bank. “[We are] extremely delighted with the response from investors on our inaugural bond issue, given that we had no historical track record,” he said. Cash from the sale will fund infrastructure and sustainable development projects in the bank’s member countries. Over the next six months the bank plans to issue another $1.5 billion in green bonds in China. (Business Green)

Singapore plans to take “firm regulatory actions” against four major banks over their dealings with scandal-ridden Malaysian state fund 1MDB, which is at the centre of a global corruption investigation. The local units of Standard Chartered and UBS, Southeast Asia’s biggest lender DBS and Falcon Bank were all found to have “lapses and weaknesses in anti-money laundering controls”. Singapore prosecutors have also seized $177 million in assets linked to 1MDB, half of which belong to a Malaysian financier facing many of the fraud allegations. The US government said that $3.5 billion was “misappropriated” from 1MDB and that “the Malaysian people were defrauded on an enormous scale”. US prosecutors are now looking to seize $1bn in assets linked to 1MDB. (BBC)