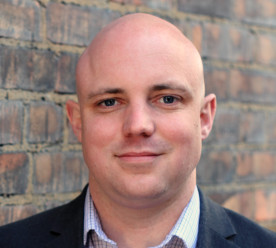 Aligning CSR and its reporting with the Sustainable Development Goals

It is time to shift corporate social responsibility and how it is reported. There needs to be as much focus on company efforts to create positive impacts, as there currently is on addressing negative ones.

Last year’s global adoption of the Sustainable Development Goals (SDGs) marked a significant shift in the relationship between corporations and economic and social development. Whereas the predecessor Millennium Development Goals (MDGs) largely bypassed the role of business, it was a welcome and necessary feature of the new goals that corporations were consulted in their creation. The final product recognized the need for the private sector to be a central player in their achievement. It was correctly reasoned that there is simply no way that aid, government and civil society programming alone is going to provide the skills, financing and governance required for all countries to achieve the SDGs.

However, while it is welcome that the corporate world is now more involved in thinking about how its actions can contribute to international development, there remains a stark misalignment between these lofty goals and how companies currently operate and report on corporate social responsibility (CSR).

The average CSR or sustainability report in the mining sector, where my initiative works – but also across most other industries – is generally dominated by content attempting to demonstrate that a company is not doing negative things.

There is always detailed content on the environmental damage the company is not doing. There is usually a section with stats and figures on the health and safety incidents that (mostly) are not happening. In more recent years with increasing attention on corruption, sometimes now there will be a section on how the company ensure its employees are not doing problematic things like bribing government officials.

It is true that usually there will also be a small section on community investment initiatives, such as donations to local schools or the building of a new community center. However, details will typically be less than for mitigating impacts a community is concerned about, and there will be far less rigour in analysis. More importantly, it is our observation that in the mining sector at least, CSR practitioners are increasingly realizing how little these charity-based approaches do to either meaningfully help host communities or even generate long term goodwill for the company.

As Rhys Jenkins once said, CSR is usually more about what a company is not doing, rather than what is. This is hardly surprising given the that many have pointed out that CSR is largely reactionary in nature – the biggest thrusts of activity have come to stop negative incidents that have just happened (think Exxon-Valdez, Deepwater Horizon, and Rana Plaza).

However, meaningful economic and social development does not come about simply as a result of companies not doing harm. It is completely possible for a mining company operating in Sub-Saharan Africa for example to do everything right in terms of environmental practices and health and safety procedures, and for the host country to remain sadly poor and underdeveloped.

The point is that the private sector contributes to development only under certain conditions. Jobs need to be created, adequate taxes contributed, and skills and technology need to be distributed in some way across the societies that companies operate in.

How will all of the above happen to the maximum extent possible if companies are mostly only focusing on the negative things they try not to do?

And so it is time for us to shift the corporate world and the incentives that guide it to encourage and help companies to contribute as much as they can to the social and economic contributions laid out in the SDGs.

As a start, we can push – or even require – companies across all sectors to report and in turn measure all of their potential positive economic contribution.

In the mining world, our initiative Mining Shared Value is currently working with the German development agency GIZ to create a common reporting standard for local procurement of goods and services. The idea is to push reporting to create data that will empower mining companies and the host communities and governments that host them work together to maximize local spending that the development benefits that come with it.

This approach can be used in any sector. Technology companies can measure, report and better manage how they are upgrading skills in their employees. An agricultural company can report with sophistication on the level of value addition and technical upgrading they have contributed to a host country’s agricultural sector. Any company can report on how many women it has promoted to senior management positions to help balance the gender balance in senior management, and in turn contribute to SDG #5 on gender equality. SABMiller for example aligned its recent Sustainable Development Report with the SDGs, reporting metrics including the percentage of its managers and executives who are female.

Increased measurement and reporting on mitigating harms, such as for health and safety performance, as well as environment emissions, has been a central tool in companies moving the needle on those issues.

It’s time to create a similar dynamic on potential positive impacts as well. If we are to have any chance to achieve the SDGs by their target year of 2030, we will need all hands on deck from the private sector. This means better measurement, and better management of the ways in which the private sector contributes to society.

Jeff Geipel is Venture Leader for the Mining Shared Value initiative of Engineers Without Borders Canada.