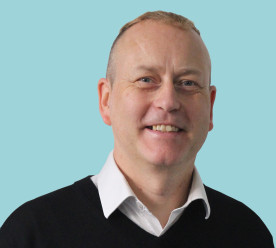 Posted in: Community, Speaking Out, Strategy

Cracking the ‘impact nut’: how companies can build value through community investment

Recent annual reviews of LBG members – companies who are benchmarking their community investments using the LBG measurement framework – have shown a rise in Australian and New Zealand corporate giving. But when comparing this region to the LBG International Benchmark Report every year it shows Australian and New Zealand member companies are contributing less per employee and less as a percentage of pre-tax profit than the global average.

I attribute this to a greater importance being placed on the impact of community contributions among European-based members of the global group, where drivers to invest are thought to be more powerful, leaders advocate for sustainability more strongly and many companies are more advanced in their thinking. According to a recent survey by Corporate Citizenship, over half of practitioners in Europe are measuring some kind of impact, compared to a third in North America.

Globally, the total contributions of reporting LBG members were valued at $US3.6 billion. This global contribution benefited over 260,000 community organisations and 93 million people in more than 130 countries. But this kind of impact data is not currently well tracked or reported in Australia and New Zealand.

It is now business as usual for companies to invest in the community. It is expected by stakeholders and it is an integral part of what being a good corporate citizen means. It’s the norm!  However, in Australia and New Zealand our snapshot of corporate giving in 2014 revealed that 75 of the ASX 100 do not report meaningful data despite company websites virtually all declaring the “importance of community” . Of the 25 that did, nearly all were LBG members. The picture was worse in New Zealand. In addition, the majority of companies do not measure the impact of their community investments. Why is that?

LBG Australia and New Zealand’s member companies in 2015 reported total community contributions of AU$222 million. Meanwhile, the Australian Bureau of Statistics tells us that there are over 3,500 businesses that employ 200+ employees in Australia. So, even if non-LBG members contribute only 25 percent of what LBG members report, corporate Australia and New Zealand contributes billions of dollars annually in money, time, goods and services to the community. I’d hazard a guess that the real impacts of that are being measured by less than 1 percent of the businesses making the contributions.

What other area of a business would spend so much money and yet measure so little impact? Can you imagine if a company initiated a recruitment campaign and had no idea how many people had responded, were recruited or importantly stayed with the company? Or if a company invested in a major ad campaign but had no idea how many sales were generated? I am being flippant, but I hope you’ll take my point that business, as a rule, doesn’t make significant investments without due consideration of the return it will bring. So why is community investment exempt?

It can be time consuming and costly and often, if any thought is given to it, end up in the ‘too hard’ basket. But I believe if we can crack ‘the impact nut’ and enable businesses and their community partners to better assess impacts , then we will see an increase in quality and quantity of what business invests in the community.

LBG and its members are working to bring about the day when the impacts of corporate community investment are measured as a normal part of doing business. No longer will such investments be in the ‘too hard’ basket. We are creating a management process which, like the Total Quality Management approach, within a few years will simply be the way things are done. Business will understand the impacts they are having on the community and the benefits back to the business itself. More informed decision making will be made and having that understanding of the impacts and benefits will enable more to be invested.

Any well-managed business does not spend money or allocate resources to initiatives they don’t understand the return of, except when it comes to community investment.  If we are able to change the trend and encourage businesses to consider impact measurement as a standard process, then I believe we will see a new era of corporate community investment.