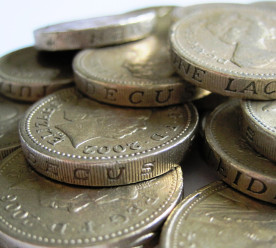 VW CEO warned of illegal emissions a year before scandal

The CEO of Volkswagen was informed about the illegal emissions problem in 2014, a year before the information went public and drove the automobile company into one of its biggest crises ever, which has already cost the company billions of dollars in the market. According to a statement issued by the company, Martin Winterkorn, the CEO at the time, had received a number of emails pointing out corrupt practices through which the company was cheating on US regulatory tests. “The diesel issue, as it was treated as one of many product issues facing the company, did not initially receive particular attention at the management levels of Volkswagen,” the company said. Volkswagen stated it would defend itself against legal action by shareholders over the scandal and has reserved $7 billion to cover the cost of the scandal. However, analysts believe the damages the company will face could be closer to $17 billion. (International Business Times)

America’s largest technology companies have joined Apple’s fight against the US government over data protection and security, in an unusual display of unity by the Silicon Valley rivals. More than a dozen motions filed sided with Apple as it tries to resist a demand to write software that would help the FBI unlock the San Bernardino shooter’s iPhone. In one heavyweight grouping led by Google, Microsoft, Facebook and Amazon, 15 tech companies collectively worth more than $2 trillion said the government’s order against Apple “exceeds the bounds of existing law and, when applied more broadly, will harm Americans’ security in the long run”. Supporting arguments ran the gamut of issues including the need for new legislative debate on how to handle encryption, whether writing software constitutes protected speech under the US constitution, and fears that hackers or authoritarian regimes might seek to abuse any holes that Apple and others are forced to poke in their own security. (Financial Times*)

After heavy criticism that it was avoiding tax, Facebook has approving fundamental changes to its corporate structure in Europe. Starting in April, the world’s largest social network will change its policy so that revenue generated from its largest advertisers displaying content on Facebook will be routed through the UK rather than Ireland. The change will generate higher taxable revenues in Britain, and forms part of the US company’s plan to mitigate heavy criticism of tax avoidance. Facebook’s largest advertising customers in Britain include Tesco and Sainsbury’s as well as major advertising buyer WWP. “In light of changes to tax law in the UK, we felt this change would provide transparency to Facebook’s operations in the UK. The new structure is easier to understand and clearly recognises the value our UK organisation adds to our sales through our highly skilled and growing UK sales team,” said Facebook. (Guardian)

Costco will raise minimum wage as competition for workers grows

Costco Wholesale, the second-largest US retailer, will lift its minimum wage for the first time in nine years, by a $1.50 an hour, as the US labour market tightens and competitors start giving workers a raise. The company will start paying at least $13-to-$13.50 an hour, up from $11.50-to-$12 an hour. The increase will cut its earnings per share in the next three months by 1 cent, and by 2 cents in the following three quarters. Retailers are under pressure to boost wages as US unemployment falls below 5 percent and 14 states have raised their minimum wage this year. Wal-Mart Stores, which operates the Sam’s Club warehouse-style chain, a Costco competitor, lifted its pay floor to $10 an hour this year and gave an increase to more than 1 million workers. Costco did not say how many of its 117,000 employees would get a raise. (Bloomberg)

Social impact bonds will shortly be the most talked-about method of public funding, Rob Wilson, the UK minister for civil society said yesterday. He told delegates that social impact bonds were a “no-brainer” and that “the time for social investment has arrived”. A social impact bond is a type of payment-by-results contract where a charity is backed by an investor to deliver a service to government, with agreed targets, such as decreasing obesity among a target population or reducing reoffending in particular area. The government only pays if the charity hits its targets, and the investor shares the risk. “Social investment is growing. It will play an increasing role in how the sector will be funded and there is a role for all of us in achieving this. Social investment can accelerate the growth of new businesses, transform the impact of our public services and support stronger communities to tackle the social challenges that they face,” said Wilson. (Civil Society Media)