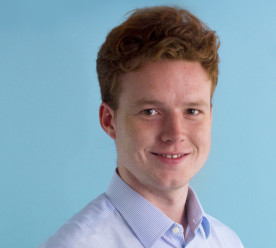 Michael Hegarty looks at London’s raging debate over privately-owned public space (POPS). What is the responsibility of private companies to protect and preserve urban environments?

Earlier this month, protesters gathered outside of London’s city hall in a privately-owned public space (POPS) owned by More London Estates. This ‘mass trespass’ comes as part of a debate set only to intensify. Citing St Paul’s Paternoster Square, Walworth’s Elephant Park and the beleaguered London Garden Bridge, there is a growing panic amongst journalists, academics and the wider public that London’s public space is increasingly falling into private ownership.

Some would see little problem here, but doubts persist as to whether private companies are really able to operate such spaces in the public interest. To office workers stretching their legs it may seem like a moot point, but they might be surprised at the answers to some simple questions: How many friends could I sit with here? Could we take photos? Can I ride my bike?

The answer is: maybe. Before being pilloried in the press, the original planning report for the London Garden Bridge sought to prohibit cycling and groups larger than 8 people. Things become more sinister when one considers that POPS don’t have to be small. Take Canary Wharf; an entire London neighbourhood with a private police force requiring permits for photography.

In 2009, London Mayor Boris Johnson weighed in against such developments, stating ‘Londoners can feel themselves excluded from parts of their own city. This need not be the case.’ In 2011, the London Assembly held a committee seeking to provide a road map for public-private space. Boris has since been accused of changing tack, and criticism of POPS has grown. This month, Green Party mayoral candidate Sian Berry called for a complete halt to privatisation of public space in London.

The debate cannot be understood separately from the city’s broader housing crisis; with property and development at the heart of mayoral debates, and per-square-foot value continuing to soar, the private sector increasingly acts as a scapegoat for the capital’s woes. In this context, the specific issues around POPS become difficult to distinguish from a vaguer and angrier sentiment towards London… housing… skyscrapers… gentrification… stuff. But it’s important not to lose sight of what we’re talking about – questions of free access, free movement and free assembly go to the heart of how we design cities with equality and democracy in mind. In an increasingly urbanised population, these are very important questions indeed.

Developers need to address the charges laid against them. Companies are ever clearer on how they work to preserve the natural environment; at Corporate Citizenship we’re proud to work with many of them. But companies are far less clear on what they do to preserve urban environments, and it’s easy to see how accusations of profiteering gain traction. Property management companies tend to have impressive environmental credentials. Material-intensive construction firms are regularly the most attuned to understanding their supply chains. These companies are not the callous steamrollers they are often characterised as, and yet positions on the conservation of local character, on preserving freedom of movement in and around the spaces they now own, are sadly absent from sustainability reporting.

We would like to believe that the intentions of developers are not bad. Though depicted as an aggressive modern form of enclosure, private companies are stepping in in because local authorities are financially unable or unwilling to maintain these spaces themselves. Furthermore, private-public development in the capital is nothing new. Our London office sits on the edge of Bloomsbury, an attractive area of green public squares and independent traders that has been primarily owned, developed and managed by a private corporation since 1669. Likewise Belgravia in London’s West End. These suggest it may be possible to maintain such spaces sustainably.

Though it’s easy to push responsibility (and blame) towards the developers or towards the politicians, public spaces are ultimately a shared responsibility. To avert a tragedy of the commons, a universal standard for public space needs to be developed. For starters, if land purports to be public, it should be treated as such – that means the same level of regulation as a publicly-owned space. Companies should be far-sighted enough to see that this is their interests too – no one wants to spend their money somewhere that doesn’t trust them to behave as they would walking in a park. Development should engage a full range of stakeholders, but particularly take the concerns of local communities into account. Partnership is crucial; though criticised, the recent development north of Kings Cross entrusts responsibility for maintaining squares and retail spaces to developers, whilst leaving councils in charge of the nearby streets. This is a step in the right direction.

In a climate of low public funding, some think privately owned public space is set to proliferate. If so, the onus is on private companies to show they can provide an option for the responsible maintenance of our public space, lest we lose it for good.

Michael Hegarty is a graduate researcher at Corporate Citizenship.