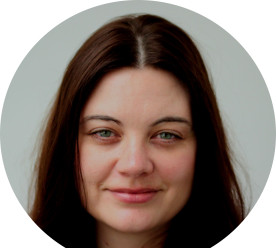 The Paris Climate Summit has highlighted the role for private investment in climate finance. It is now up to funders – both corporate and non-corporate – to shape the path ahead, writes Eva Rehse.

COP21 has come and gone, and many thousands of words have been written in the aftermath about whether we have witnessed the “greatest single victory since the emergence of the modern environmental movement” (Carl Pope), or whether “the iceberg has struck, the ship is going down and the band is still playing to warm applause” (Asad Rehman). The truth, as so often, probably lies somewhere in the middle.

Yes, we are possibly looking at the beginning of the end of the fossil fuel industry. But in the meantime, the lives and livelihoods of the people at the frontlines of climate change are already under urgent threat. The question of how countries – especially poor ones – can finance their responses to climate chaos looms large. Official financing of the agreed necessary minimum of $100 billion per year to 2025 has been delayed, and in Paris demands for compensation for countries affected by climate change were left out of the final agreement. With so much uncertainty around the role of the UN’s Green Climate Fund, private finance is already being solicited to meet the most urgent needs while governments wrangle with the lack of political will to mobilise resources.

The role of private finance has relevance both to businesses that have established their own independent foundations, and more broadly to those making community contributions via grants, shared value initiatives and everything in-between.

How can environmental funders effectively help build climate resilience and support the transition to a carbon-free world? What role should philanthropy play in mechanisms like the Green Climate Fund? And what does this mean for our business as usual?

To address and discuss these questions, almost 200 environmental grantmakers met during COP21 in Paris, hosted by Fondations et Climat and the French Foundation Centre, whose members include an array of corporate foundations. Over the course of four intense days, five dominant discussions emerged:

The next few years are going to be crucial in shaping a concerted global effort to realise the stated ambition of a carbon peak in 2020. As we set out on this post-Paris road, the above insights, together with the report from the Paris funders’ events, can be helpful impetuses to guide our discussions as environmental funders, both corporate and non-corporate. I look forward to our exchanges at the EFN Retreat in February and beyond.

Eva Rehse is the Director for UK/Europe at Global Greengrants Fund. With a background in human rights, civil society development and social action, Eva most recently worked as International Project Advisor at Amnesty International, and previously with CIVICUS and the Scottish Biodiversity Forum.