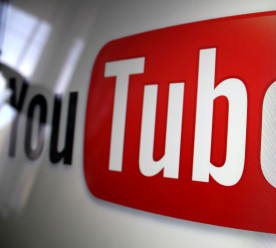 Junk food advertisements regularly show up in Google’s mobile app for children, Youtube Kids, in the form of funny contests and animated stories. In complaints filed to federal officials, two prominent consumer advocacy groups argued that the ads were deceptive, particularly for children. The two complaints, made to the Federal Trade Commission, expand on the groups’ filings to the agency in April and could increase pressure on federal officials to intervene in the fast-growing online video market. The groups, the Campaign for a Commercial-Free Childhood and the Center for Digital Democracy, argue in the complaints that online video aimed at children is too commercialised and is not held to the same standards that apply to cable and broadcast television. The complaints call for an investigation of food marketers, video programmers and Google, which owns YouTube, as well as for a broad examination of advertising of such food to children online. “You have digital natives consuming content simultaneously with the growth of powerful marketing at children at the earliest ages,” said Jeffrey Chester, executive director of the Center for Digital Democracy. “The agencies are lagging and the companies are emboldened.” (NY Times)

Developing countries will have to pay $270 billion extra each year to adapt to the impacts of climate change if global pledges to cut greenhouse gas emissions do not increase, according to a new report by Oxfam. Plans submitted by more than 170 countries ahead of crunch UN climate change talks in Paris next week are likely to lead global temperatures to rise by 2.7-3⁰C above pre-industrial times. According to the aid agency’s report, it would cost developing countries $790 billion every year to adapt to this scenario, 50 percent more than the $520 billion it would cost them to adapt to a 2⁰C world, the target for avoiding catastrophic climate change agreed at previous UN conferences. Furthermore, if these adaptation costs are not met, the economies of developing countries are likely to shrink by $1.7 trillion every year, the report says. Tim Gore, Oxfam’s head of food and climate policy, said, “[Paris] is not our one single shot at solving the climate crisis. We need to make sure there is a strong requirement for countries to revisit and strengthen their emissions cuts urgently and periodically – or we’re locking in a 3⁰C world.” (Guardian)

Tesla has connected southern and northern China with charging stations, making it possible to drive its electric car across the country, the company’s China branch announced. Drivers of Tesla Model S can ride all the way from southern China’s economic hub of Shenzhen to the northern industrial city of Harbin, passing through major cities such as Shanghai and Beijing, the company said. The south-north connection was completed after two “super charge stations” in cities of Nanchang and Hefei, respectively, in east China. Now Tesla has 320 “super chargers” in China, which allow its car to run 300 kilometers after 20 minutes of charging. It also has more than 1,500 “destination chargers”, which are chargers installed in hotels, restaurants and the company’s other local partners. China encourages the use of electric cars to combat air pollution. In cities like Beijing and Shanghai, electric cars are subsidised and not subject to restrictive policies like license plate auctions. (Eco-Business)

Toxic mud that swamped several Brazilian towns when a dam collapsed earlier this month has devastated forests over a large area, said Environment Minister Izabella Teixeira. Red sludge burst out after a dam used to hold waste water from iron production collapsed. At least eight people were killed and 11 are missing, presumed dead. Environmental agency Ibama has fined the iron ore mine owners, Samarco, over Brazil’s “worst mining accident”. “Ibama has made a preliminary assessment of the damage,” said Ms Teixeira. “But we will prepare a detailed study, comparing satellite pictures from before and after the breach,” she said. The initial assessment shows that an area of at least 9 square km of natural vegetation was destroyed in the south-eastern state of Minas Gerais, where the burst dam was. A full study will be carried out by Ibama once the Brazilian rainy season is over, at the end of the 2016 summer, Ms Teixeira explained. The village closest to the dam, Bento Rodrigues, was totally destroyed and about 600 people who lived there have been in temporary accommodation since the accident. (BBC)

Thirty eight companies from China signed the Women’s Empowerment Principles (WEPs) CEO Statement of Support. The Women’s Empowerment Principles, developed by UN Women in collaboration with the UN Global Compact, outline seven steps for companies to improve women’s empowerment at work and in the marketplace. Prior to this, CEOs from more than 1,074 companies had already officially endorsed the WEPs, including 16 from China. With the latest signings, the largest number of signatories in the Asia-Pacific region come from China. The companies were part of a delegation led by private sector donor to UN Women, PROYA Cosmetics Co. Ltd. The group visited New York and met with representatives of UN Women, including Kristin Hetle, Director for Strategic Partnerships, and Maria-Noel Vaeza, Director of UN Women’s Programme Division, to learn about women’s economic empowerment initiatives in China and worldwide. PROYA partnered with UN Women in 2013 and became the first Chinese company to sign on to the WEPs. (UN Women)