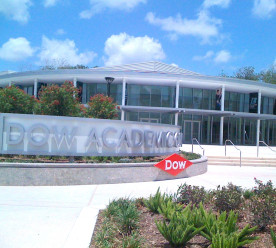 New houses will have to be retrofitted, UK climate watchdog warns

Housing built in the UK today and in the next few years may have to be expensively retrofitted with energy-saving technology within the next two decades, according to the government’s climate advisers. The warning from the Committee on Climate Change came as it launched its five-year review to parliament, setting out a new “carbon budget” for the UK that would require an emissions cut of 57 percent by 2032. The so-called fifth carbon budget would require substantial new investment in renewable energy and other low-carbon power, and new projects such as carbon capture and storage plants. It would also require substantial investments in home energy efficiency improvements, and measures to help households install their own renewable energy, such as solar panels or heat pumps. The plans for the 400,000 new houses unveiled by UK chancellor, George Osborne, will have to be built to high standards of insulation and energy efficiency, as it could put the UK in breach of its carbon budgets. Lord Deben, chairman of the Committee on Climate Change, said: “We are in danger of building houses that have to be retrofitted, which would be very expensive. We could build them now to low-carbon standards instead.” (Guardian)

On Black Friday, clothing company Everlane is giving its profits to its factory workers

This Black Friday, the online clothing company Everlane is not putting anything on sale—the clothes will sell for what the company considers a fair value—and all of the profits will go directly to help the workers who sow t-shirts in the company’s LA factory. “This is an opportunity to help people on Black Friday,” says founder and CEO Michael Preysman. “The other piece of it is just to reflect on what it means to be consuming and buying gifts for people when there are others in the world that can benefit from our help. This is our way of finding balance in those two things.” Everlane used to opt out of Black Friday entirely, shutting down the website for the day. But Everlane realised that its closure might not have the intended effect. “People just go somewhere else,” Preysman says. Their customers told them they still wanted to shop. “So instead of running sales, what we do now is donate our profits,” he says. “It’s a way for us to be open and available for our customers while I think reinforcing the values that we stand for.” (Fast Coexist)

The Environmental Protection Agency (EPA) has asked a federal court to remove Dow AgroSciences’ pesticide Enlist Duo from the market in response to a lawsuit filed by environmental groups. The Dow pesticide contains a chemical that the Natural Resources Defense Council (NRDC) says has been linked to cancer in “dozens of studies.” NRDC is one of the groups that sued to rescind the approval of Enlist Duo. Enlist Duo also contains the pesticide glyphosate, the active ingredient in Roundup, also identified as cancerous this year by the International Agency for Research on Cancer and the EPA. Dow says the Enlist Duo pesticide is hazardous to humans and animals, and toxic to fish and aquatic invertebrates. The EPA had approved Enlist Duo just over one year ago for use on genetically modified corn and soybeans but is now asking the court to vacate that approval in light of new concerns about environmental harm. In its court filing, the EPA said that when it registered Enlist Duo, it had overlooked the “synergistic effects” of the pesticide’s chemicals on plants growing outside treated farm fields, especially plants that are endangered. (Environmental Leader)

SkyTruth uses data from the air, land and sea to catch fishing thief

Small non-profit, SkyTruth, is helping governments track down seafood pirates by using powerful software, digital maps and publicly available data. The non-profit is led by a 52-year-old geologist named John Amos. It has fewer than a dozen employees and operates out of rural Shepherdstown, West Virginia. Yet last spring, SkyTruth used its data to help the government of the Pacific island nation Palau track down a Taiwanese fishing ship whose holds were filled with illegally caught tuna and shark fins. In partnership with Google and Oceana, an international conservation and advocacy group, SkyTruth is building ‘Global Fishing Watch’, a website that allows the public to track fishing activities and outlaws, and enable seafood purveyors to assure that the fish they are buying comes from sustainable fisheries. It also plans to provide data to researchers. In addition to this, SkyTruth does path-breaking work around oil spills, mountaintop coal mining and hydraulic fracturing. (Guardian)