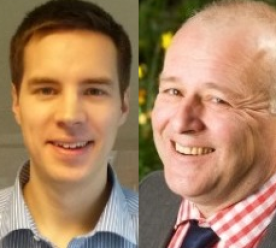 UK Election Analysis – The implications for corporate responsibility and sustainability

In the run up to the UK general election, Peter Truesdale and Richard Hardyment discuss the implications of each party’s manifesto for corporate responsibility and sustainability professionals.

Too close to call

The UK’s General Election has widely been cited as too close to call. Following the close of polls on 7 May 2015, the UK could well find itself with another hung Parliament in which no single party commands a majority. If so, the policies of many smaller parties will become more important as trade-offs and negotiations come about. The major party pledges have received much media attention, but the implications for those working in corporate responsibility and sustainability roles have not. Corporate Citizenship has undertaken a detailed analysis of nine manifestos in order to draw out the salient points.

Implications for corporate responsibility and sustainability

For each party, we looked at their promises on issues that are the bread-and-butter of many UK practitioners such as: community volunteering, climate change and energy, and apprenticeships. We also looked at issues such as zero-hours contracts which are important for some sectors but not others and single sector issues such as alcohol pricing controls. Whilst we cannot predict what form the UK Government will take after 7 May, less still what policies and priorities the next government will implement, we hope that the analysis presented here can ensure that practitioners are better informed and prepared.

On a number of issues significant convergence can be seen between the parties, others less so. We examine these issues in turn, noting those where the parties differ.

Cross party support is evident for an increase in the number of apprenticeships.

With the exception of UKIP, the parties show no inclination to repeal the Climate Change Act 2008. Parties differ on what further anti-climate change actions are desirable.

The Circular Economy is an issue that has gained significant traction since 2010. This is not reflected in all party manifestos: the Conservative and Labour manifestos are, for instance, silent on this issue.

Low pay and variable working hours make a strong showing. The related issues of the minimum wage and the level of the personal allowance for income tax receive significant attention. In effect, a consensus now exists that a person working a full working week at the minimum wage should not have to pay any income tax. At the same time parties are in favour of an increase in the minimum wage with some setting a target date and target figure for the increase.  The Living Wage receives coverage but any promises made are necessarily vaguer and more aspirational. From the manifestos one would have to conclude that there will be significant support in the new Parliament for detailed regulation of zero-hours contracts.

Gender in the workplace

The gender pay gap seems certain to receive increased regulation. As a minimum, all companies with over 250 employees should expect to be reporting publicly on their gender pay gap in the near future.

Finally, significant support for using public procurement policy to secure social goals is in evidence: for instance using it to encourage SMEs or to secure clear community benefits.

To read the full analysis of each manifesto, click here.

Peter Truesdale is a Director and Richard Hardyment is an Associate Director at Corporate Citizenship.