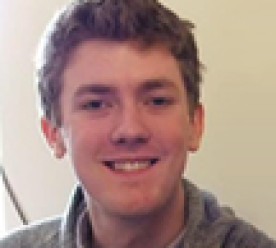 Rise of the machines: Could a robot take your job?

According to a recent study, nearly half of all jobs could be under threat from automation in the next 20 years. Charlie Ashford asks how the robot invasion can be stopped.

People of Earth! Your attention please! The robots have arrived – and they’re coming for our jobs.

From factories and warehouses to supermarket checkouts and call centres, the rise of the machines is all around. The robot invasion may not yet have reached you. But if you thought your job was safe, think again.

As machines become smarter and more adaptable, they are increasingly able to handle complex tasks. In 2013, a software algorithm wrote a breaking news article about an earthquake that was published by The Los Angeles Times. Last year, oil and gas companies Shell and Baker Hughes, announced trials of artificial intelligence software that can automatically answer queries about invoices, digest information on employee training and even write automatic safety reports.

Robots make perfect employees. They don’t get sick or go on strike. They don’t take holidays, or even coffee breaks. They don’t have families or local communities, don’t need access to housing or clean drinking water. In fact, they don’t have any human rights at all. How could human beings possibly compete?

A 2013 study by Carl Benedikt Frey and Michael Osborne ranked US occupations in terms of those most at risk from automation in the next two decades. Telemarketers, accountants and sales staff rank top, with over 90% certainty of job losses. All in all, the study found, 47% of job categories are at risk – many of them at the lower-paid end of the scale.

New technologies have always put people out of business in the process of creating new jobs. The original Luddites were weavers who lost their jobs to new machinery. Joseph Schumpeter went so far as to call this process of “creative destruction” the “essential fact about capitalism”.

Like today, those who lost out during the Industrial Revolution tended to be at the lower-paid end of the scale. But in the longer-run, new technology created more (and better) jobs than it destroyed. In The Second Machine Age, Erik Brynjolfsson and James McAfee argue that we are merely experiencing the latest stage of this process – robots may cause job losses and widening inequality for now, but in the long-run we will all benefit.

While their overall conclusion is optimistic, Brynjolfsson and McAfee also concede that things may be different this time round. When machines replaced manual labour, humans fought back by becoming better-educated and higher-skilled. But what happens now that the robots have brains as well as brawn? Humans could end up confined to ever-more specialised, repetitive tasks, becoming cogs in a robotic production line.

The solution, say Brynjolfsson and McAfee, is for humans to develop more “emotive” occupations: “a world of artists and therapists, love counsellors and yoga instructors”, according to The Economist. Similarly, Frey and Osborne argue that “creative jobs” will be far more resistant to automation, and advise governments to create jobs for artists, musicians, graphic designers and computer game programmers.

Yet even these may not be safe. “Emotion-detection software” is already being deployed at US border points, and is also being explored by ad agencies. Meanwhile, a Japanese robot resembling a baby seal, which responds to stroking and can distinguish voices, has been created to help dementia patients. Clergy may be near the bottom of Frey and Osborne’s ranking of at-risk occupations, but Douglas Adams’ “electric monk” – a robot designed to believe in things for you – no longer seems so sci-fi.

But wait – before you turn Luddite and start smashing up your computer, ask yourself one question. Would it really be so bad if people didn’t have to work any more?

A world without work

In 1930, John Maynard Keynes famously predicted that his grandchildren would only have to work 3 hours a day – and then only to satisfy the “old Adam in most of us” who needs to work to be content. It was probably the worst prediction he ever made. But the idea lives on, with Google’s Larry Page recently becoming the latest to suggest that it might be nice to trade in some of this extra wealth for a bit more free time.

According to Erik Brynjolfsson, “We’re going to enter a world in which there’s more wealth and less need to work. That should be good news. But if we just put it on autopilot, there’s no guarantee this will work out.”

Perhaps ironically, modern technology means that many companies are now offering employees greater flexibility in terms of where, when and how they work. But few are offering the training that many workers will need to resist the effects of automation, let alone discussing a reduction in the working week.

Technology, says one theory, can be used to “automate” – to take power away from people – or to “informate” – to empower them. Unfortunately, which one applies to you often depends on whether you own the technology, or are competing against it. So-called “luxury communists” are already arguing that the only solution is for the workers to take control of the means of production. As The Economist drily notes, “governments would do well to start making the changes needed before their people get angry”.

Let’s put our human ingenuity to the test. If we can’t find a solution, maybe the robots will think one up for us. Hopefully one that looks more like The Jetsons than The Matrix.