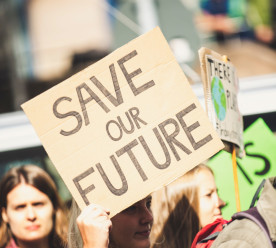 Fewer than one-in-five pension funds in North America have committed to achieving net zero carbon emissions across their portfolios by 2050, while 8 percent expect to reach the target at a later date according to a study by Aviva Investors. This is in comparison to pension funds in both Asia and Europe where twice as many have already committed to reaching net zero carbon emissions by 2050. The Chair of UN-backed Net-Zero Asset Owner Alliance, a coalition of thirty of the world’s largest asset owners, has stated that “asset owners have to protect their portfolios from threats such as climate change if they are to fulfil their fiduciary duties”. The $412 billion California Public Employees’ Retirement System (Calpers) is the only US pension plan to have signed up to the alliance. (Financial Times*)

Financial services firm American Express has announced an investment of $1 billion to advance racial and gender equality, the latest in a line of U.S. companies pledging to promote social justice. The New York-based credit card issuer said it has achieved 100 percent pay equity for its employees and would continue to do so, as well as promote practices to hire and retain underrepresented colleagues, including Black, Latinx and female colleagues. The company also said it intends to double its spending on diverse and minority-owned suppliers in the United States to $750 million annually, as well as provide grants to non-profit organizations by the end of 2024. (Reuters)

Active engagement with companies is now widely regarded by investors as a crucial mechanism for driving climate and environmental action, according to a major survey by Schroders of 650 institutional investors. However, the survey also signalled a growing frustration of “greenwashing” from corporate boardrooms that offer scant details on their sustainability plans. Around 60 percent of investors felt greenwashing “a lack of clear, agreed sustainable investment definitions” was the most significant obstacle to delivering on their sustainable investment goals. In addition, almost half of investors said a lack of transparency and reported data was restricting their ability to invest sustainably. (Business Green)

The US and UK produce more plastic waste per person than any other major economies, according to new research. The analysis also shows the US produces the most plastic waste in total and that its citizens may rank as high as third in the world in contributing to plastic pollution in the oceans. Previous work had suggested Asian countries dominated marine plastic pollution and placed the US in 20th place, but this did not account for US waste exports or illegal dumping within the country. A study researching the pathway to zero plastic pollution concluded that to avoid a massive build-up of plastic in the environment, coordinated global action is urgently needed to reduce plastic consumption, increase reuse, waste collection and recycling. (The Guardian)

Banker bonuses must be blind to gender, says EU regulator

Banks must not discriminate between men and women in awarding bonuses for the same activity, the European Union’s banking watchdog, European Banking Authority (EBA), has proposed. The EBA said that senior management representation and diversity within the management bodies and shortcomings regarding equal opportunities for staff of different gender still exist. As a result, it will “follow up on institutions’ practices with a report to be published within two years after the publication of the final guidelines”. The EBA said it was also clarifying severance pay, retention bonuses and discretionary pension benefits to avoid such payments being used to circumvent the cap on bonuses. (Thomson Reuters Foundation)