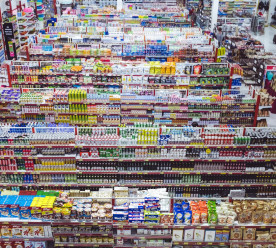 Top institutional shareholders in the world’s largest consumer goods group Procter & Gamble (P&G) have called for the company to do more to protect forests. Before the meeting, P&G had urged shareholders to vote against the proposal put forward by Green Century Capital Management, an eco-conscious investment firm with $825m of managed assets. In an unusually big investor rebellion, two-thirds of votes at P&G’s annual meeting were cast in favour of a shareholder proposal critical of how P&G uses palm oil and forest pulp in products including Bounty paper towels and Charmin toilet paper. BlackRock, P&G’s second-largest shareholder, is among the investors that took part in the revolt where shareholders called on the company to assess and disclose the impact it has on forests. (Financial Times)*

Singapore’s first institute dedicated to green finance research and talent development was launched on Tuesday by the Imperial College Business School and Lee Kong Chian School of Business at Singapore Management University (SMU). The institute is supported by the Monetary Authority of Singapore (MAS). The finance centre will draw on the strengths of Imperial College and SMU in climate science, financial economics and sustainable investing, and it will pursue research to help develop strategies to support Asia’s transition to a low carbon future. The research will focus on three main themes: transforming businesses by integrating climate-related data and environmental, social and governance considerations into decision-making; designing policies and new initiatives that can improve the efficiency of green finance markets; and catalysing the development of green finance solutions. (Channel News Asia)

Britain’s aid programmes to tackle modern slavery worldwide are not underpinned by a clear strategy and have produced little evidence of long-term impacts to reduce abuses, said independent aid watchdog Independent Commission for Aid Impact (ICAI). Britain pitched to become a world leader on modern slavery, pledging in 2018 to spend £200m in development aid on the issue. However, the government has made no systematic attempt to set priorities or a global approach to tackling slavery. ICAI also argues not enough effort has been taken to consult with survivors, or to capture evidence on what works to reduce slavery abuses. ICAI called on the government to publish a clear statement on its objectives and approach to tackling slavery, strengthen its evidence base for interventions and work more effectively with partners. (Thomson Reuters Foundation)

E-commerce giant Amazon has reinstated dangerous warehouse productivity quotas in various US warehouses despite telling a judge that it was suspending them during the pandemic, workers said in a court filing. According to a lawsuit filed by workers at a warehouse in Staten Island, New York, the company’s “oppressive and dangerous” policies violated public-nuisance law and exacerbated Covid-19 hazards. The plaintiffs allege that in the lead-up to ‘Prime Day’, Amazon’s self-created, labour-intensive annual promotional holiday, the company has once again been hassling employees on productivity and warning them that slowness could their contracts could be terminated. Amazon acknowledged reinstating performance quotas and said workers still have adequate time to wash their hands and take other precautions. (Bloomberg)

As the coronavirus pandemic hit trade and incomes hard in developing nations, sales of off-grid solar products fell sharply in the first half of the year, according to data compiled by GOGLA, the association for the off-grid solar energy industry. It found global sales of lighting products fell 26% from the same period in 2019, curbing the sector’s record-breaking growth. The pandemic now threatens the ability to reach and maintain the 13% annual growth rate needed to meet a global goal to provide sustainable, affordable energy for all by 2030. The downturn comes even as the health emergency has made clear the importance of electrification for everything from powering clinics to helping children learn at home and keeping small businesses operating. (Thomson Reuters Foundation)