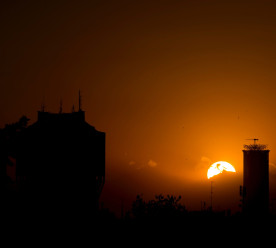 The mayors of 12 major global cities, including London and Bristol in the UK and Berlin, Milan and Oslo in Europe, have committed to “take all possible steps” to divest their city assets from fossil fuel companies. The declaration binds cities to taking “all possible steps” to divest city assets from fossil fuel companies and re-invest them in ways that will promote a “green and just” pandemic recovery. Progress towards this objective will be reported annually to the C40 Cities initiative. Mayors have also committed to engaging with their respective cities’ pension funds to advocate for complete divestment from oil, coal and gas and for the development of robust climate risk management strategies. The pandemic has had an impact on the ways in which businesses and individuals are investing. Analysis from Moody’s revealed that the global issuance of sustainable and green bonds totalled a record $99.9bn (£75.5bn) in the second quarter of 2020. (Edie)

Brazilian meat giant JBS has said that it will monitor its entire supply chain by 2025, including problematic “indirect supplier” Amazon farms it currently has no control over, some of which have been linked to illegal deforestation. The announcement marks a turnaround for the world’s biggest meat company. Environmentalists saw it as a positive step, but some said the deadline was too long to resolve such an urgent issue. Cattle ranching is the biggest driver of deforestation in the Amazon and Brazil has come under increasing pressure from international investors and other countries over rising devastation and fires. The industry’s problems with Amazon suppliers are well documented and were exposed in a 2009 report by Greenpeace. After its release, Brazilian meat companies cut deals with Greenpeace and federal prosecutors and set up complex systems to monitor farms that sell directly to their slaughterhouses. (The Guardian)

Crisps, chocolate and cheese are among the worst foods for packaging recyclability, with big brands such as Pringles, KitKat and Babybel, singled out for failing to do more to help the environment, a new investigation has claimed. The consumer group Which? analysed 89 of the UK’s best-selling branded groceries and found only a third (34%) had packaging that was fully recyclable in household collections. About four in 10 (41%) items had no relevant labelling, leaving even environmentally conscious consumers in the dark about disposal. Their recyclability varied hugely, it found. The worst category by far was crisps, with only 3% of packaging recyclable in household collections. This included Pringles and its notoriously hard-to-recycle tube. A new certification scheme is being rolled out by OPRL – the organisation that oversees pack recycling labelling – to bring consistency to claims of recyclability. (The Guardian)

The World Bank’s private-sector arm has introduced new climate change conditions for its investments in commercial banks to encourage the lenders to wind down support for coal projects in Africa and Asia. The International Finance Corporation (IFC), which owns equity stakes in many large commercial banks in emerging markets, hopes the restrictions will trigger other investors to exit the coal sector. Under the new rules, in effect since July last year but published on September 17, the IFC will no longer make equity investments in financial institutions that do not have a plan to phase out support for coal. Apart from the IFC being a major investor in its own right, its standards are widely adopted by the private sector. Climate change campaigners welcomed the move, saying it sent a clear message to the commercial banking and insurance sectors that public finances would no longer be made available for institutions backing coal projects. (Reuters)

Brussels ready to clamp down on sweetheart corporate tax deals

Brussels is stepping up its campaign against so-called ‘sweetheart’ corporate tax deals in the EU as pressure builds for companies and wealthy individuals to bear more of the fiscal burden imposed by the deep recessions sweeping Europe. The commission is also pushing ahead with plans to use a little-known EU treaty instrument to clamp down on specific tax measures that distort the single market — although officials do not expect Brussels to come forward with any individual cases until next year. Tax avoidance by multinationals and high-net worth individuals has shot up the EU’s policy agenda as member states pile on debt to pay for the Covid-19 recession. Brussels is pursuing a number of tax measures, including the introduction of greater transparency from major corporations, but progress has been blocked on multiple fronts because of the need for unanimous consent from member states on tax matters.  (Financial Times)