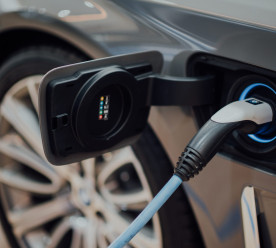 British electronics and telecoms retailer Dixons Carphone has become the latest household name to sign up to the global EV100 initiative, as it pledged last week to switch its entire road fleet to electric vehicles within the next decade. The firm – which claims to carry out around four million customer deliveries each year – aims to switch all its 300 light duty vehicles and half its 500 medium duty vehicles to run on electric power by 2030, it announced on Thursday.  The company said it would continue to install EV charging points “wherever possible” across its UK estate, while also incorporating miles-per-gallon targets for each of its drivers to ensure a year-on-year reduction in CO2 emissions. Global green business NGO The Climate Group, which manages EV100, said “The transport sector is the fastest growing contributor to climate change, accounting for around a quarter of global energy-related greenhouse gas emissions – we need major companies everywhere to switch their fleets to EV,”. (Business Green)

‘Melting faster and faster’: Greenland lost 1 million tonnes of ice for each minute of 2019

High temperatures saw Greenland lose enough ice to cover the US state of California in more than four feet of water in 2019 alone, a study from the Alfred Wegener Institute which suggests the island lost a million tonnes of ice for every minute of the year has said. After two years in which the land masses’ summer ice melt had been negligible, satellite measurements have suggested an excessively hot 2019 saw the loss of 586 billion tons of ice melt from the island. The record-setting level of ice melt is significantly higher than the average yearly loss of 259 billion tons seen since 2003, when Nasa satellites first allowed for accurate measuring of the gravity of the ice sheets. The loss, attributed to weather phenomenon that have the capacity to exacerbate or subdue the effects of global temperature rises, comes despite evidence of many years in the 20th century in which Greenland gained ice. It comes amid concerns global glacier melt will cause sea levels rise to catastrophic heights. Across 2019 the melting of the island’s ice added 1.5 millimetres to global sea levels. (Independent)

Australian insurer Suncorp will no longer underwrite any new oil and gas exploration projects with immediate effect, in addition to phasing out all underwriting and financing for such projects altogether by 2025, it has announced. The insurer has also pledged to ditch direct investments in oil and gas projects altogether by 2040. The pledges build on the group’s existing ban on support for new thermal coal projects. It is believed that the landmark commitments, which are laid out in the firm’s Responsible Business Report 2020, make it the first insurer to adopt any policy restricting underwriting for oil and gas. Market Forces, an Australian partner of the European campaign Insure our Future, welcomed Suncorp’s commitments, although highlighted “significant gaps” in the policy as it “doesn’t mention oil and gas pipelines nor gas-fired power stations”. Nevertheless, while other major insurers, including AXA and Allianz, have made commitments to phase out backing for coal-fired power plants and coal mines, Suncorps is the first to commit to ending cover for oil and gas projects. (Business Green)

Mining giant Rio Tinto has cut the bonuses of three executives over the destruction of two ancient sacred Aboriginal sites in Australia. The caves were among the oldest historic sites in Australia and showed evidence of continuous human habitation dating back 46,000 years. Also, they were above about eight-million tonnes of high-grade iron ore, with an estimated value at the time of £75m. Rio Tinto’s chief executive Jean-Sebastien Jacques will lose a total of £2.7 million and Chris Salisbury, chief executive of iron ore, and Simone Niven, group executive of corporate relations, will lose payouts of more than half a million pounds each. A Rio Tinto chairman said “there were numerous missed opportunities over almost a decade and the company failed to uphold one of Rio Tinto’s core values – respect for local communities and for their heritage.”. The review found that while the company had obtained legal authority for the blasts, the decision fell short of the standards and internal guidance Rio Tinto had set for itself. (BBC)

Climate protestors gathered outside Samsung‘s flagship UK store on Oxford Street, calling on the firm to halt plans to help build a new coal-fired power plant in Vietnam. Co-ordinated by The Sunrise Project, the protest has also drawn participants from groups such as Extinction Rebellion and Fridays for Future. It is drawing attention to the fact that Samsung’s construction & trading arm, Samsung C&T, is in talks with equipment provider Doosan Heavy Industries to help construct the Vung Ang 2 coal-fired power plant in Vietnam. Green groups, community groups and lawyers have repeatedly warned that the construction of the plant would be at odds with the Paris Agreement, which Vietnam has signed, and that coal ash from the plant would negatively impact local farming land across the Ha Tinh province. As such, the installation of the plant is already more than ten years behind schedule. Opponents claim that the business case for the plant has gradually weakened as nations set stronger climate commitments, insurers divest from coal and reinsurance becomes less available. (edie)