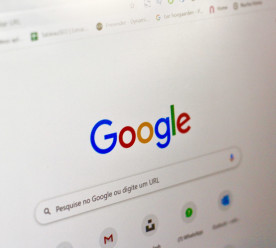 Four of the biggest names in tech are to face members of the US Congress to discuss a range of issues associated with big tech. Mark Zuckerberg (Facebook), Sundar Pichai (Google), Tim Cook (Apple) and Jeff Bezos (Amazon) are all to be questioned. Jeff Bezos – the world’s richest man – has never testified before either house. How the tech bosses stand up to scrutiny could be a defining moment in their future relationship with government. Central to the interrogation will be whether these tech giants are simply too big to an extent that they essentially own the internet’s utilities at the expense of others. The Covid pandemic has put this into sharp focus as where other companies have struggled, Big Tech companies have thrived. Together they are now worth $5tn dollars. It’s led to accusations that – similar to banks during the 2008 financial crisis – that they are simply too big to fail. At the same time, the number of complaints against these companies across various issues continues to grow. (BBC)

Sustainalytics makes its ESG ratings and data on over 4,000 companies publicly accessible

Sustainalytics, a leading global provider of ESG research, ratings and data, has announced its high-level ESG Risk Ratings on more than 4,000 public companies are now publicly available on its website. From institutional asset managers and pension plan sponsors to wealth advisors and retail investors, interest in ESG investing is accelerating rapidly across all types of investors at every level. By making this data easily accessible and consumable, all financial market stakeholders can have visibility into the material ESG risks within companies. Sustainalytics also expects company representatives, including investor relations officers, corporate responsibility officers and other executives to find this access to information helpful in understanding how their own companies and peers are rated from an ESG perspective. In February 2018, Sustainalytics was the first major ESG ratings firm to demystify ESG information by providing public access to its high-level ESG ratings and data through Yahoo! Finance. The firm’s latest move commits to further transparency and knowledge-sharing by offering all stakeholders access to standardized ESG ratings and data. (Sustainalytics)

New research shows that governments should prepare to pay coal operators to shut down plants and compensate impacted workers and communities. Researchers warn that policymakers are underestimating the challenge posed by phasing out coal, with detailed roadmaps needed to carefully plan coal plant retirement accompanied by a range of policy measures and funding to support affected workers and communities. In order to accelerate the global coal phase-out and keep global warming within Paris Agreement thresholds, governments should remove all coal subsidies immediately to create a level playing field for clean energy sources, the study suggests. In the longer-term, governments should also be prepared to pay billions of euros to operators of coal-fired power plants in exchange for agreements to shut down their plants early, it adds. The study authors also recommend extensive compensation for regional economies hardest hit by the loss of coal producers and energy intensive industries to ensure a ‘Just Transition’. (BusinessGreen)

UK-based resuable battery specialist Aceleron has announced £2 million investment to grow its business. The investment – which includes £1.45 million from UK investor BGF, and the remainder from Mercia Asset Management, will enable Aceleron to scale the production of its circular battery technology across three continents, the firm said. The global energy storage market is already worth $59 billion and is forecast to grow ten times to $546 billion by 2035. However, most lithium-ion batteries are not designed to be reused or recycled at the end of their average 8-10-year lifespan. As such, the global EV industry could create more than 11 million tonnes of battery waste each year in the next two decades, which would be enough to fill Wembley Stadium almost 20 times, according to researchers from Birmingham and Leicester universities. Aceleron’s batteries therefore aim to design this waste out of the battery manufacturing process, by building them to be repaired, reused and upgraded rather than replaced, the firm said. (BusinessGreen)

Philippine President Duterte’s state of the nation address has been criticised by green groups for excluding renewable energy development to aid the country’s recovery from the coronavirus crisis. Power for People Coalition, a network of civil society organisations, communities and cooperatives that rally against pollutive fuels, expressed its disappointment that Duterte did not reaffirm his directive to the department of energy to reduce the country’s reliance on coal—a policy pronouncement he made in last year’s address. Lea Guerrero, country director of environmental watchdog Greenpeace, said it was dismayed by the lack of a “coherent policy agenda” for the environment, including the absence of a coal phase-out. “If the government pushes through with coal now, we’ll be locked into 25-year contracts for a power plant that produces more expensive electricity than renewable energy. At a time when the country needs to be thinking about long-term economic solutions, coal really isn’t part of them”. (Eco-Business)