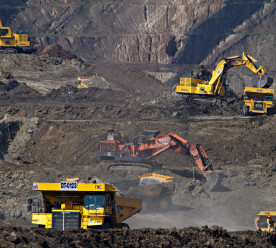 UN Secretary-General: Coal has no place in COVID-19 recovery plans

The United Nations (UN) Secretary-General, António Guterres, has today issued a stark warning that too many governments and businesses risk engineering a carbon intensive recovery from the coronavirus crisis. Speaking at the International Energy Agency‘s (IEA) virtual Clean Energy Transition Summit, Guterres warned that the opportunity to deliver a “green recovery” that accelerates climate action in support of the Paris Agreement was at risk of being squandered by countries that use stimulus funds to “prop up” fossil fuel firms and “jumpstart” coal-fired power plant development. Guterres cited new research on G20 recovery packages that shows that twice as much recovery money has been spent on fossil fuels as clean energy. He urged investors to demand that companies reveal transition plans to reach net zero emissions and called on governments to expand renewable energy auctions and “commit to no new coal and end all external financing of coal in the developing world”. “Coal has no place in COVID-19 recovery plans,” he added. (BusinessGreen)

Japan’s environment minister has hailed a “turning point” in climate change policy after vowing to slash its much-criticised support for coal power in the developing world. The new policy will curtail an important source of official finance for coal power stations in south-east Asia and help spur a regional shift towards cleaner energy. Projects providing billions of dollars of low-interest loans to build coal power plants have come under attack from environmental campaigners because they set fast-growing economies on a path towards decades of high carbon emissions. Under the new policy, Japan will only support exports of the most efficient generators, and only when the buying country has a decarbonisation strategy in place. An alliance of environmental groups, including the local branches of Greenpeace and Friends of the Earth, said the pledge not to finance coal plants overseas in principle was a “step forward”, but the government should have adopted an outright ban. (Financial Times) *

Lawmakers in Indonesia plan to call executives of pulp and paper firm PT Arara Abadi (AA) to testify about a recent case in which an Indigenous farmer was jailed for cutting down pulpwood trees on disputed land. The prosecution and jailing of Bongku, a Sakai farmer, has sparked outrage among Indigenous rights and environmental activists in Indonesia and abroad. Bongku cleared half a hectare (1.2 acres) of land, chopping down 20 of AA trees near his home. AA has since 1996 held the concession to the disputed land, but the Sakai people have lived in the area and farmed the land here since 1830, long before Indonesia’s independence in 1945. They claim only a fraction of the concession. In 2008, a fact-finding team from the commission found the Sakai people had lost their right to live peacefully and safely because of constant pressure from the company. It found the company had deployed security personnel and trained dogs to drive away farmers working on the disputed land and to intimidate children going to and from school. (Eco-Business)

Cambodia tightens repression under virus cover according to rights groups

The Cambodian government is using the coronavirus pandemic as a pretext to ramp up a crackdown on human rights defenders and environmental activists, two leading watchdogs have claimed. Rights activists, labour leaders and journalists have faced increased violence, intimidation, detention and judicial harassment in the southeast Asian nation, a new report said. A law drawn up in the context of COVID-19 and promulgated on April 29 allows the government to declare a state of emergency whenever Cambodia faces “danger” and “a great risk” such as a pandemic. The law’s terms are “ill-defined” and give the government sweeping powers to restrict movement, rights to freedom of expression and association. Cambodia has reported just 156 coronavirus cases and no deaths, although sceptics say the low numbers are due to a lack of testing. Regimes around the world – including Azerbaijan, Hungary, Russia and China – have been accused by activists of using COVID-19 as a way to tighten their grip on societies. (TheJakartaPost, Worldometer)

Global supply chain disruptions brought about by the Covid-19 pandemic have exposed a lack of investment in food technology that could have eased food security issues, a sustainability entrepreneur has said. Speaking at the grand finale of sustainability solution competition ‘The Liveability Challenge’, former winner Eugene Wang, the founder of a firm that makes meat substitutes from microalgae, said that the investment community has been too preoccupied with communications and internet technology, and insufficiently focussed on tech that can improve agriculture and food production, supply and distribution. Venture capital investing in food and agriculture technology dropped by 5 per cent last year, to US$19.8 billion, from a record high of US$20.8 billion in 2018. By comparison, more than US$4 trillion was spent on information technology in 2019. With greater investment in foodtech, more food could be produced locally, so the dependence of countries like Singapore on food imports could be curtailed, he said. (Eco-Business)

Image source: photo of excavators at mining area by Dominik Vanyi on Unsplash