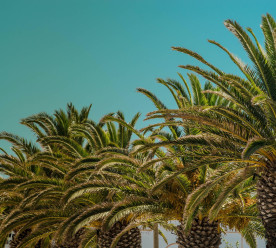 BNP Paribas sets out rules for coal financing phase out

Companies planning to build new coal-fired power plants will no longer be able to get financing from banking group BNP Paribas following a recent announcement. In an update to its coal sector policy published earlier this week, the French bank vowed to stop financing companies that would contribute to new coal-fired electricity plants. South-Korea’s electricity provider KEPCO, Japan’s trading and investment business Marubeni and Indonesia’s PLN corporation, which received $600 million, $299 million, and $65 million respectively from the bank between 2017 and September 2019 according to campaign group CoalExit, will soon no longer be eligible for support. Under its new rules, BNP Paribas will only provide financing to companies that have adopted a clear coal exit strategy with a timeline that will lead them to no longer possess or operate coal-fired assets in EU and OECD countries before 2030, and in all other countries before 2040. BNP has given other firms until 2021 to reconsider their coal exit dates and align them with 2030 or 2040 goals. (BusinessGreen)

Twenty of the UK’s largest retailers, including Boots, Aldi, Ikea, Amazon, and M&S, have pledged to collaborate on a roadmap that sets out how the industry can deliver net zero emissions by 2050. The companies, which include supermarkets, booksellers, pharmacies, food chains, and online retailers, set out their intent to jointly craft a “ground-breaking decarbonisation plan” for the retail industry, noting that they are “uniquely placed” to support the country’s wider net zero transition. They said they would work with environmental specialists to develop the plan in the run up to the postponed COP26 climate conference, which is set to be held in Glasgow in November 2021. Retailers Ocado, Lidl, Next, the Booksellers Association of the UK, and Greggs have also backed the initiative, which is being coordinated by the British Retail Consortium (BRC). Peter Andrews, the trade association’s head of sustainability policy, said retail could play a pioneering role in building a more sustainable world in the wake of the pandemic. (BusinessGreen)

The agribusiness giants that dominate the palm oil industry in Indonesia have received a 2.78 trillion rupiah ($195 million) stimulus from the government for biodiesel production. Wilmar is the world’s biggest palm oil trader, and also the biggest recipient of Indonesian government subsidies to the palm oil industry. In 2017, Wilmar received 55 per cent of the total $530 million distributed by the government to five palm oil companies. Several associations of small oil palm farmers have launched an online petition demanding that the $195 million stimulus be diverted to small farmers instead of big producers. Eddy Abdurrachman, head of the Indonesia Oil Palm Estate Fund (BPDP-KS) said the $195 million allocation from the state budget would be prioritized to help small farmers get quality seeds, fertilizers, pesticides and equipment, as well as to train them. Another aspect to consider is that if the Indonesian government persists with ramping up its palm biodiesel programme, it risks derailing its own emission reduction commitments, said Greenpeace Indonesia forest campaigner Arkian Suryadarma. (Eco-Business)

Changes to packaging will be made by tissues producer Kleenex, with a full roll-out of plastic-free alternatives. The move from Kleenex will mitigate the use of 82 tonnes of plastic within a 12-month period, while also boosting recycling rates for the cardboard portion of the packaging. Kleenex is a member of waste charity WRAP’s ‘UK Plastics Pact’, which binds signatories to eliminate unnecessary single-use plastic by 2025. Kleenex has, more broadly, pledged to reduce its use of virgin fossil-based plastic by half by 2025. Pact signatories are also required to make all plastic packaging 100% reusable, recyclable or compostable; achieve recycling and composting rates of 70% or more for packaging. In related news, multinational SC Johnson has this week launched a Mr Muscle bottle made entirely from plastic classified as “ocean-bound”. Plastic used to produce the new bottles has been sourced via Plastic Bank, a social enterprise which works to remove plastic pollution from land and water while also creating incomes for those living in poverty. (Edie)

Pharmaceutical company AstraZeneca, consulting firm Deloitte and energy giant BP are among a cohort big-name business to have jointly unveiled £500,000 of grant funding for young innovators working on projects driving progress towards the aims of the UN Sustainable Development Goals (SDGs). Coordinated through the One Young World platform, the funding will be complemented with mentorship sessions between the businesses and the entrepreneurs. It is hoped that, for every £1 invested through the scheme, £15 of social value will be delivered. One Young World co-founder Kate Robertson said that by pledging the investment, the corporates are “doing the right thing” ethically while “doing the smart thing for their business”. United Nations Global Compact supports ambitious plans and argues that while many businesses may feel that social and economic fallout of the Covid-19 crisis will hamper their sustainable development progress, they must ultimately seize the moment to increase their ambition, given that the pandemic has highlighted social and environmental issues and could ultimately exacerbate them. (Edie)