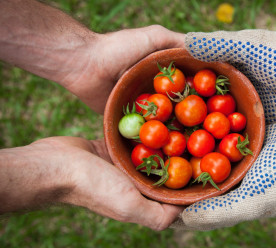 Once a week, Amazon-owned audio entertainment company, Audible, gives $15 each to hundreds of employees, for them to buy lunch in the local community in Newark. This initiative has pumped hundreds of thousands of dollars into the city’s economy and hit its 30,000th meal milestone on 4 March, where Audible Founder and Executive Chairman, Don Katz, Mayor Ras Baraka and Newark Alliance Chief Executive Officer, Aisha Glover, joined employees for lunch to celebrate. The owner of one restaurant credits the initiative for bringing in an additional 200 people monthly, creating an extra $3,000 per month in sales. On top of this, the profits are proliferated by word of mouth from Audible employees which, he says, has made a huge difference. Supporting the local economy is “part of what comes with being a successful company” Katz said, and getting people out in the community in Newark, out of their offices and breezeways, is part of that. Audible has now spent almost half a million dollars on this initiative.

How can something as simple as paying for employees to have lunch in the local community bring social impact? For one, it shares the wealth of successful tech firms and injects it into existing community structures in a long-term, consistent and reliable way. Strong relationships within the community are being forged, and feedback from their partners on the direct impact of the investment is overwhelmingly positive. This is something unique for a firm in an industry that has been widely criticised for destroying local economies and cultures. Secondly, Audible is using this as a perk in its value proposition, as it is also investing in its employees’ wellbeing. This incentive of free lunch in the local community has led to 90% of their employees being involved in the weekly activity. But perhaps most importantly, alongside this initiative, Audible offers jobs and training programmes to local residents, paid internships and college scholarships to Newark students, and incentives for employees to live and shop locally. This initiative shows how even the simplest of activities can bring enormous social impact.