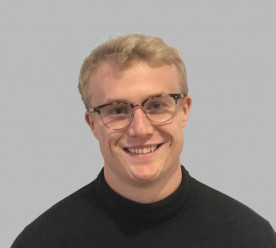 Posted in: Energy, Speaking Out

Localised renewable energy generation can offer a range of social impacts beyond the environmental benefits, which have traditionally been a point of focus. Henry Frankis-Pyle explores the opportunities on offer for businesses and their local communities.

Dire warnings from the scientific community are becoming ever louder on the risks to humanity posed by climate change. So loud, in fact, that it requires a particular head in the sand mentality to continue to ignore them.

Energy procured from renewables can offer cheaper and more reliable energy whilst tackling climate change and slapping a great big tick on a company’s sustainability credentials. All good things of course, but while the environmental benefits of renewables are well documented, the wider social benefits are relatively unexplored. Renewables allow for small-scale, local and decentralised forms of energy generation that brings a whole host of social benefits with it. Given that small-scale energy currently makes up almost 10% of the UK’s energy supply, renewables are doing much more than what is said on the tin.

To begin with, it is important to understand why the current transition to clean and renewable energy is different from previous energy transitions. One of the key differences is that it is not occurring because of the discovery of a new fuel. Usually, the type of fuel, and how it is extracted out of the ground, dictates the structure of the energy system. For example, because the infrastructure required for extracting fossil fuels, and then transforming it into electricity, is so big and costly, it best operates under a large and centralised system of production and generation.

Renewables, on the other hand, are different because they are reliant on things like the sun and wind. Therefore, the uptake of renewables does not necessitate a new supply chain, nor do they necessarily benefit from a system with a particular structure. This, coupled with the growing price competitiveness of renewables, means that energy production is relatively cheap and easy so that it no longer needs to be only produced in a large and centralised way.  The result is an opportunity for local energy production (energy produced near the point of use) with varying ownership profiles (such as individuals or community ownership) and scales of generation (such as micro-generation).

The business model for small-scale, locally produced energy is that any excess energy can be sold back to the national grid for profit. Despite the falling price of renewables, this business model is reliant on subsidies known as feed-in-tariffs (FiT) to stand up for the time being. In the UK FiTs have had mixed support, in fact, subsidy support in UK fell drastically as Feed in Tariffs were scrapped last year – however, independent renewable energy generation continues to be installed.

The off the bat benefits of local energy

Buying local is a well-known virtue. For a company, procurement from local businesses, where possible, demonstrates a genuine investment in the economy and society of the area in which they operate. In terms of buying locally produced renewable energy, the benefits can be more than just reputational: (1) Like any form of buying locally, there is an inherent positive socio-economic impact in the community; it can create local jobs, retain money in the area, develop and diversify the local economy. This could be especially impactful in rural areas with a smaller economies and lower employment rates. (2) Less transport is involved in its production, and because energy is lost during transportation, this means that energy procurement from local renewable energy sources can be more efficient. (3) Locally produced energy can be much more secure because it does not rely on importing fossil fuels from abroad. This also means that it will not be vulnerable to price volatility.

Locally produced energy has underpinned a movement, broadly termed as community energy, whereby the majority of local energy production, and its profits, are controlled and owned by community residents and are used as a vehicle for community and social benefits. In the UK, there are 600 community projects, and the benefits go beyond those listed above: (1) Lowering local energy bills, and tackling fuel poverty, which is where a household lacks the resources to adequately heat their home. (2) Community empowerment, improving the skills and confidence of local residents, as well as giving a sense of self-determination and ownership through the control of local resources. (3) The sites of community energy could be used for school visits and educational purposes. (4) Reconnection of local community networks and the strengthening of local culture.

Procurement can be a mechanism for investment in social and charitable causes that a business believes in. LBG, the global standard for measuring corporate community investment, has recently reflected this by extending its’ framework to include procurement for social impact. The changing landscape of the UK’s energy system provides one of the many opportunities to report wider impacts under this new track. With a little innovation and forward thinking, purchasing vital energy for business could not only be good for the environment, but could also make a valuable contribution to the social and community impact a business can have on its’ local area. Talk about two birds with one stone.

Henry Frankis-Pyle is a Senior Researcher at Corporate Citizenship.