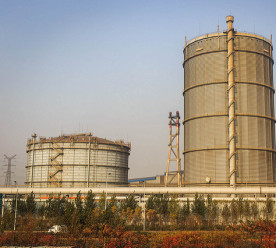 Earlier this year, the world’s two biggest lithium producers, U.S.-based Albemarle Corp and Chile’s SQM, celebrated new deals with Chile’s government that will allow them to vastly increase output of the ultralight battery metal from the Atacama, the world’s driest desert. The Atacama is home to one of the world’s richest deposits of high-grade lithium, used to create lithium-ion batteries, a key component for most consumer electronics. The two companies said they were confident they could significantly boost output without drawing more than their current quotas of lithium-rich brine, or saltwater, that has for millennia accumulated in pools beneath the Atacama. But a Reuters review of filings with Chile’s environmental regulator shows Albemarle voicing concern over overdrawing more than its permits allowed. Meanwhile, SQM has accused Albemarle of overdrawing brine at its mine. Lithium analyst Joe Lowry said the filings had potential implications for the global production of lithium; “the lithium world is on pins and needles.” (Reuters)

A full-page advert supporting the transgender community was published in the UK free newspaper Metro on Wednesday (October 17), with the backing of around 100 organisations, after Metro was criticised a week ago for printing a full-page ad paid for by anti-trans feminist group Fair Play For Women. The signatories vowing to support the trans community include PinkNews, Stonewall, Lloyds Banking Group, Channel 4, Citi, Tesco, Pride in London, Barclays and Amnesty International. The advert, paid for by LGBT+ rights charity Stonewall and Diva magazine, reads: “To all our trans family, colleagues, customers and friends, we are proud to stand alongside you in the fight for trans equality.” Both adverts come in the lead up to the public consultation on the government’s reforms to the Gender Recognition Act (GRA) ending on Friday. (PinkNews)

Ten cities in China’s northern Hebei province, including top steelmaking city Tangshan, have issued second level or “orange” pollution alerts, forcing industrial plants to cut output. The alerts would be effective from Friday to Monday, the Hebei government said. Heavy industrial plants in the province will need to reduce production by at least 20 percent under an orange alert. Tangshan has ordered steel mills in the city to reduce output of their sintering machine and shaft furnaces by half, while coke plants will have to extend their production period in order to reduce toxic emissions. All mining and casting activities will also be shut down during the alert, Tangshan said. Smog alerts came after China’s environmental watchdog warned of an expected smog in the Beijing-Tianjin-Hebei region due to adverse weather conditions. (Reuters)

UK plastics recycling industry under investigation for fraud and corruption

The plastics recycling industry is facing an investigation into suspected widespread abuse and fraud within the export system amid warnings the world is about to close the door on UK packaging waste, the Guardian has learned. The Environment Agency (EA) has set up a team of investigators in an attempt to deal with complaints that organised criminals and firms are abusing the system. The data, analysed by the Guardian, reveals British export firms claim to have shipped abroad 35,135 tonnes more plastic than HM Customs has recorded leaving the country. “The financial incentive for companies to fraudulently claim they have recycled plastic packaging is higher than for any other material,” one source said. “There is therefore a risk that some of it is not recycled under equivalent standards to the UK and is instead sent to landfill or contributes to pollution.” (Guardian)

The UK restaurant chain, Gourmet Burger Kitchen (GBK), has deleted all online evidence of its latest campaign video, which featured a white man telling independent curry house owners that their food is not authentically Indian, after the film was labelled as ‘racist’ by a number of online commentators. The video featured a bearded white man donned in a GBK-branded sandwich board loitering around independent east London curry houses and telling prospective customers that the fare inside was not “proper Indian”. Michael Carr, the chief executive of You Agency, who devised the campaign, told The Drum that there was “no racist angle intended” in the video. GBK has removed the video from its social channels and apologised to “those that were offended” by the film. (The Drum)