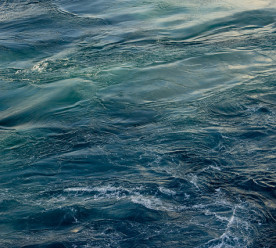 The first in a series of World Bank bonds to promote sustainable water use and ocean protection has been priced at SEK1 billion ($77 million). The seven-year bond is the first in a new series of Sustainable Development Bonds that aim to raise at least $3 billion to address sanitation, water scarcity, and marine protection issues. It is part of the Bank’s programme to engage investors in the Sustainable Development Goals (SDGs), and is targeted specifically at SDG6 and SDG14, which promote access to clean water and sanitation and increased protection for ocean wildlife. Arunma Oteh, vice president of the World Bank, said the swift pricing of the bond demonstrates growing investor interest in the SDGs. The World Bank added that focus on water issues had attracted new investors to its bonds. (BusinessGreen)

The gay-pride themed, rainbow watch face launched by Apple in June 2018, appears to have been blocked in Russia. After people began asking on Apple’s support forum and on Reddit why they couldn’t find the pride-themed watch face in Russia, Tom Warren, an editor at The Verge, tried installing it on an Apple Watch and then changed the regional settings of its paired iPhone to Russia. A video that Warren shared on Twitter shows that the installed pride face vanishes under the new setting. Guilherme Rambo, an iOS software developer, also shared software code that he said showed the Watch is “hardcoded” to not show the pride face when a paired iPhone’s settings are set to Russia. Russia passed a law in 2013 that sought to prohibit what its government considered as promoting homosexuality. (Fortune)

Companies with a more balanced number of men and women in leadership roles tend to be more mindful of protecting the environmental and less likely to be sued for environmental violations, a study has found. Research from the University of Adelaide in Australia examined the relationship between board gender diversity and corporate environmental violations. Drawing on gender socialisation and diversity theories, the study found companies with greater gender diversity on their boards were sued less often for environmental violations. The study, published in the Journal of Corporate Finance, examined 1,893 environmental lawsuits filed against any of the firms listed on the Standard and Poor’s 150 composite index in the US from 2000 to 2015 and compared the data with the gender diversity of the companies’ boards. It concluded that for every additional woman appointed to a corporate board, the company experienced an average 1.5 percent reduction in litigation risk. (BusinessGreen)

Ministers are “deliberately weakening” the green watchdog that will hold the government to account after Britain leaves the EU, according to Labour’s shadow Brexit minister. In January 2018, Theresa May pledged to create a “world-leading, independent, statutory body” to ensure ministers stick to their commitments – replacing the power of the European Commission to take governments to the European Court of Justice (ECJ) for not fulfilling their obligations. Yet the UK watchdog will not have any powers relating to climate change, an issue of heightened public concern since the summer heatwave that has seen wildfires in the north of England and outbreaks of tropical diseases in parts of Europe. Greener UK, which represents thirteen of the UK’s biggest environmental organisations including Friends of the Earth, Greenpeace, the RSPB and the National Trust, said it is very concerned about the omission of climate policy from the watchdog’s remit. (Guardian)

Truck makers push back against EU’s first ever CO2 limits

The European Commission‘s proposal to mandate a 15 percent cut in CO2 emissions from trucks by 2025 is overly ambitious, according to industry association ACEA, which said a 7 percent objective would be more “realistic” given the technologies currently available. The European Union (EU) executive unveiled the bloc’s first-ever emission target for trucks in May 2018 as part of a two-step approach leading to 2030, when the Commission proposes to aim for an aspirational 30 percent CO2 reduction goal. “All sectors must contribute to meet our climate commitments under the Paris Agreement,” Climate Commissioner Miguel Arias Cañete said as he unveiled the proposals, insisting the 2025 interim target can be met with existing technology. But while ACEA supports the step-wise approach, it says the mandatory 2025 objective should be revised downwards. (Edie)

Image source: water by Luis Deliz on Flickr. CC BY 2.0.