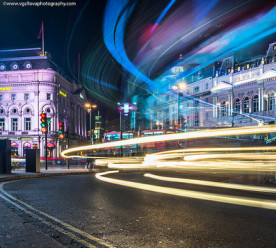 A recent joint study on Corporate Disclosure on Business Integrity in ASEAN by the ASEAN CSR Network (ACN) and the National University of Singapore (NUS) Business School’s Centre for Governance, Institutions and Organisations (CGIO) found that corporate disclosure of anti-corruption practices by top ASEAN listed companies has improved over the last two years. The study looked at the 50 largest companies by market capitalisation in five ASEAN countries – Indonesia, Malaysia, Philippines, Singapore and Thailand – and assessed their level of public disclosure based on a set of 13 questions developed by Transparency International. Companies across all five ASEAN countries scored an overall average of 56%, an increase from 11% in 2016, with improvements across each of the countries. Thailand maintained its lead with the highest disclosure rate of 67%.  (ASEAN CSR Network)

Facebook vows to hit 100 per cent renewable electricity by 2020

Social media giant Facebook is set to be powered by 100 per cent renewable electricity by the end of the decade, it has announced, after hitting its goal of sourcing half its power from renewables a year earlier than expected. In a blog post, the company also promised to reduce its overall greenhouse gas emissions by 75 per cent by 2020, although a baseline year for the target was not provided. Facebook is already one of the largest purchasers of renewable energy in the world, with contracts providing more than 3GW of new solar and wind power. Just over half of Facebook’s entire operations now run on renewables, with coal providing 18 per cent, nuclear 14 per cent, and natural gas 13 per cent of the supply mix. (BusinessGreen)

French Environment Minister Nicolas Hulot resigned on Tuesday in frustration over sluggish progress on climate goals and nuclear energy policy, dealing a major blow to President Emmanuel Macron’s already tarnished green credentials. Hulot quit during a live radio interview following what he called an “accumulation of disappointments”. In his radio interview, Hulot emphasized the inadequacy of “mini-steps” on climate change by France and other nations, voicing hope that his exit might “provoke deep introspection in our society about the reality of the world”. Policy shifts watering down a series of campaign pledges on the environment have been a repeated source of frustration for Hulot. “I don’t want to lie to myself any more, or create the illusion that we’re facing up to these challenges,” Hulot said on France Inter. “I have therefore decided to leave the government.” (Reuters)

The leaders of 17 UK cities including London, Greater Manchester and Liverpool have made a joint call for Prime Minister Theresa May to take “tough and urgent action” to reduce the nation’s air pollution levels. In a letter orchestrated by the UK100 group of cities, city leaders have called on May to introduce a new Environment and Clean Air Act which establishes “strong” air quality limits linked to World Health Organisation guidelines and have recommended that such limits be enforced by an independent statutory body. “Our country’s polluted air is shortening lives, damaging our children’s lungs, and severely impacting on the NHS as well as costing the economy in working days lost,” the document states. The recommendation comes after the Government’s latest clean air plan in 2017 was condemned as “woefully inadequate” by city leaders and “inexcusable” by doctors. (Edie)

White House probes Google after Trump accuses it of bias

US President Donald Trump has accused Google’s search engine of promoting negative news articles and hiding “fair media” coverage of him, vowing to address the situation without providing evidence or giving details of action he might take. Google denied any political bias, saying in a statement that its search engine is “not used to set a political agenda and we don’t bias our results toward any political ideology.” Trump said in several tweets that Google search results for “Trump News” were “rigged” against him because they showed only coverage from outlets like CNN and not conservative publications, suggesting the practice was illegal. The President reiterated his comments in the Oval Office, warning that Google, Twitter and Facebook were “treading on very, very troubled territory, and they have to be careful.” White House economic adviser Larry Kudlow said Tuesday that the administration is “taking a look” at imposing regulations on Google. (Reuters; Politico)