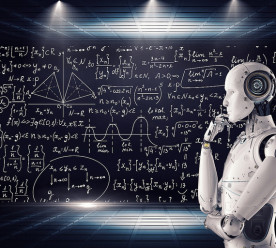 Artificial intelligence will reshape the world of finance over the next decade or so by automating investing and other services—but it could also introduce troubling systematic weaknesses and risks, according to a new report from the World Economic Forum (WEF). The report concludes that artificial intelligence will disrupt the industry by allowing early adopters to outmanoeuvre competitors. Most notably, the report points to the potential for big financial institutions to build machine-learning-based services that live in the cloud and are accessed by other institutions. “The dynamics of machine learning create a strong incentive to network the back office,” says the report’s main author, Jesse McWaters, who leads the AI in Financial Services Project at the World Economic Forum. “A more networked world is more vulnerable to cybersecurity risks, and it also creates concentration risks.” (TechnologyReview)

Independent testing on an array of popular American food products found many samples contained residue levels of the weed killer called glyphosate, leading the nonprofit organization behind the testing to call for corporate and regulatory action to address consumer safety concerns. The herbicide residues were found in cookies, crackers, popular cold cereals and chips commonly consumed by children and adults, according to Food Democracy Now and the group’s “Detox Project,” which arranged for the testing at the San Francisco-based Anresco lab. The announcement of the private tests comes as the Food and Drug Administration (FDA) is struggling with its own efforts to analyze how much of the herbicide residues might be present in certain foods. Though the FDA routinely tests foods for other pesticide residues, it never tested for glyphosate until this year. Monsanto has said repeatedly that there are no legitimate safety concerns regarding glyphosate when it is used as intended. (Huffington Post)

The European Investment Bank (EIB) Group has announced that it has halved its emissions intensity over the past decade, despite staff numbers increasing more than two-fold over the ten-year period. The Group, which consists of the EIB and the European Investment Fund (EIF), revealed the achievement in the latest iteration of its annual carbon footprint report. The finance firm’s emissions intensity per employee stood at 5.98 tco2e in 2017, marking a 49.9% decrease on 2007 levels. Despite an 11.9% year-on-year growth in employee numbers, the Group achieved a 2.8% reduction in its emissions intensity compared to 2016 levels, the report notes. The milestone puts EIB Group ahead of its 2020 target of reducing emissions intensity by 20-30% against a 2007 baseline. However, the report also reveals that the Group’s overall emissions rose 8.8% year-on-year in 2017, with the company emitting 22,024 tonnes of direct and indirect emissions combined, meaning that, since 2007, the Group’s net emissions have risen by more than one-fifth (22.8%). (Edie)

Gildan, a leading manufacturer of everyday basic apparel, has announced the release of its Genuine Responsibility™ 2017 report. This year’s report, prepared in accordance with the GRI Standards: Comprehensive option, highlights the Company’s 2017 results, key priorities and future commitments toward its vision of Making Apparel Better™. The report has three overarching priorities: Caring for Our People, Conserving the Environment, and Creating Strong Communities. “We are pleased to share the social and environmental results from our operations in 2017,” said Claudia Sandoval, Vice-President, Corporate Citizenship. “This year we have reset our strategic priorities, based upon an extensive materiality assessment performed with our stakeholders. We have also anchored our focus to specific United Nations’ Sustainable Development Goals as part of a larger collective vision for affecting change in the protection of our planet and the well-being of its inhabitants.” (3BLMedia)

Sustainable Seafood Is on the Rise at U.S. Grocers, Greenpeace Says

American grocers have vastly improved their sustainable seafood offerings over the past decade, according to a new report from Greenpeace. The global NGO’s annual Carting Away the Oceans report evaluates seafood sustainability at 22 U.S. retailers based on things like sourcing policies, labelling and transparency practices, and inventory. When Greenpeace published its first report back in 2008, every single retailer failed. Fast forward 10 years later, and 90 percent of them received passing scores—a powerful indicator that change is brewing, the NGO said. Greenpeace Oceans Campaigner David Pinsky praised retailers’ progress while calling on them to do better. “Supermarkets across the country have made significant progress on seafood sustainability,” he said in a statement. “It is time for major retailers to put the same energy into tackling the other issues facing our oceans and seafood workers, such as plastic pollution and labour and human rights abuses in seafood supply chains.” (TriplePundit)

The Good Capital Conference is dedicated to partnering Sustainable and Impact Enterprises with a wide range of sustainability stakeholders, including investor counterparts. In addition to the outstanding content on offer, attendees will benefit from a highly structured networking system, enabling meetings to be pre-booked in advance to ensure a rich and rewarding experience.