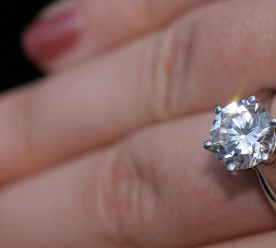 Google draws up plans to relaunch search engine in China

Google is considering a relaunch of its search engine in China, a move that would mean bowing to the censorship that prompted the company’s withdrawal from the country in 2010. The US technology group, which has recently ramped up its investments in China, has drawn up plans to launch a local mobile search app that would strictly censor results, according to a person with knowledge of the matter. The company’s 2010 withdrawal followed a dispute in which it accused hackers of targeting the accounts of human rights activists and stealing intellectual property. At the time Google said it was “no longer willing” to censor search results and highlighted concerns about increased restrictions on freedom of speech on the web. However, two years ago the company appeared to soften its approach, with chief executive Sundar Pichai telling a conference that the company “wanted to be in China serving Chinese users”. (Financial Times*)

A group of MPs has recommended that the UK government should force medium-sized companies to reveal their gender pay gaps and push for larger law firms to include partner pay. All companies with more than 50 employees should have to report their gender pay gap from 2020, said the business, energy and industrial strategy committee. Currently only firms with more than 250 employees have to report their gender pay gap, leaving half of the UK workforce without knowledge of their workplace’s gap. The committee criticised the government for “failing to clarify the legal sanctions available to the EHRC to pursue those failing to comply and we recommend that the government rectifies this error at the next opportunity”. Sam Smethers, the chief executive of the Fawcett Society, welcomed the recommendation to include medium-sized companies. “We have to move on from simply reporting the pay gap, to taking action to close it,” she said. (Guardian)

De Beers is building the first end-to-end diamond industry blockchain platform that will securely track a diamond from the mine to the end consumer. The platform, known as ‘Tracr’, is based on Etherium blockchain technology and is being built in collaboration with the industry players. ‘Tracr’ is being designed to benefit all diamond industry stakeholders – from large producers to small businesses – including the Indian diamond sector, which processes the majority of the world’s diamonds. Among Indian names figuring in the pilot project participants are Venus Jewells and Rosy Blue (New York). De Beers has already sent messages to other diamond mines, small or big, to join the blockchain which will be an industry initiative. Emphasis has also been placed on making sure that the large proportion of the Indian diamond industry that operates within the informal sector is integrated with ‘Tracr’. (Business-Standard)

Anheuser-Busch InBev, the drinks giant behind beer brands such as Corona, Stella Artois and Budweiser, is launching a new accelerator to support start-ups working on solving climate challenges. The 100+ Accelerator will see the world’s biggest brewer invest up to $100,000 per company to deliver “breakthrough advancements” in areas such as green logistics, water scarcity, responsible sources and product upcycling. The New York-based accelerator will open its doors to winning start-ups in October 2018, where they will be hosted until March 2019 and follow a programme focused on scaling technologies and readying the start-ups for partnerships with large corporates. The scheme is open to entrants of all backgrounds, AB InBev stressed, including academics, entrepreneurs, scientists and technologists. AB InBev said the 100+ Accelerator is set to run every year, as part of the firm’s pledge to solve 100 climate and environmental challenges by 2025. (BusinessGreen)

After receiving the stamp of approval from the Science Based Targets Initiative (SBTi) for its carbon reduction aims, fashion brand Levi Strauss has unveiled a revamped sustainability strategy that will see the company commit to sourcing 100% renewable power for its operations by 2025. It has a headline target of reducing greenhouse gas (GHG) emissions from the facilities it owns and operates by 90 percent, against a 2016 baseline. The strategy also includes a 40 percent target for emission reductions across the company’s global supply chains, also by 2025. “We believe that business has the opportunity and the responsibility to be a force for positive change in the world,” Levi Strauss’ chief executive officer, Chip Bergh, said. “We are proud to be one of the first companies to set science-based targets for our global supply chain, and we hope to be an inspiration for others to follow.” (edie)