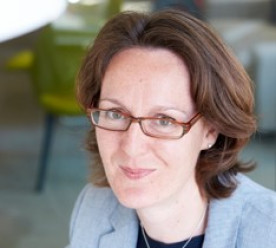 The UK as a whole is making slow progress against the SDGs at present. However, Amanda Powell Smith suggests a way forward through integrating the ambition of the Goals into the everyday actions of business.

The UK Stakeholders for Sustainable Development (UKSSD) report Measuring Up, the first comprehensive assessment of the UK’s performance against the Sustainable Development Goals (SDGs), makes for tough reading. The UK is performing well on only a quarter of all the goals, and problems such as poverty and malnutrition that we complacently associate with developing countries are on the rise.

While the report didn’t make much of an impact on national news, it is front and centre for some large multinationals and progressive UK organisations who have made tackling the Goals a central aspect of their business strategy.

There is one very compelling reason why they have done so – they know that no organisation is an island. We are all part of the communities we sit within and serve, and when they are doing well, businesses do well.

Unfortunately these involved organisations are a minority and most businesses are unaware of the SDGs, let alone how the UK is performing against them.

Many of our international frameworks, initiatives and institutions are under pressure – from the EU through to the Paris Agreement and even NATO – but the SDGs have so far escaped the current trend for retreat and a focus on parochial concerns. The UN High Level Political Forum, which recently took place in New York, was full of representatives, meetings and discussion on driving action across the world.

One of the reasons why they haven’t been challenged is that they simply aren’t high profile or seen as important enough for critical attention. I’d view it as an informal sign of success if Donald Trump tweeted his displeasure about them.

One of the other reasons, conversely, is that they are so big and wide-ranging that it is hard to make them relevant for individual businesses and organisations. There are 17 SDGs and 169 targets within them, so it is not a surprise that they haven’t really penetrated that far into the business world. Even those businesses that are aware of them and are committed to progressing against them in some way, can struggle to translate that aspiration into tangible action, let alone measureable impact.

Brexit is the only game in town

The ongoing uncertainty of Brexit does at least create an opportunity for tackling these challenges on a UK level. At the moment, almost the entire focus of government is on Brexit – it really is the only game in town. As a result, government leadership on tackling the big issues we face as a society is limited – and as Measuring Up shows, time is starting to run out.

Business action around the SDGs can fill that gap, particularly when they are viewed in the round. You cannot deliver on one of the SDGs without tackling aspects of some or all of the others. The SDGs provide a clear framework both to measure and orient that social purpose around, not least because it allows a business to see where it can fit in and be most effective.

Breaking it down into 3 steps

A really good illustration of how to take these steps successfully is the work KPMG has done in support of National Numeracy Day in the UK. It is not difficult to see the link between numeracy and a business like KPMG, nor the obvious way improved numeracy would help progress against a number of the SDGs, including quality education (SDG 4) and decent work and economic growth (SDG 8). You won’t find any reference to SDGs in the direct communication around the initiative, perhaps because shoe-horning it in will only confuse audiences who aren’t aware of them.

Iceland is a fantastic example of leading from the front like this, demonstrated through the announcement of a series of initiatives at the heart of their business that are way ahead of any policy compulsion or even demand from their own customers. Their recent announcement on the removal of palm oil from all their own brand products is a case study in taking the lead through doing rather than responding.

The difference between noise and impact

Thinking beyond the launch of a new sustainable business initiative marks the difference between making a noise and making an impact. Unfortunately, some initiatives branded as social purpose are disproportionately focused on the announcement and then peter out over time g. Tackling the SDGs will take decades and businesses need a long-term plan that allows for constantly revitalising and replenishing audience’s interests and encourage involvement in them over that period. While that might seem like anathema to businesses who are so often beholden to short term drivers, the advantages of having a long-term mission underpinning an organisation are significant

So, if you are a business leader, ask yourself – are the SDGs playing a central role in our work and, if not, why not?