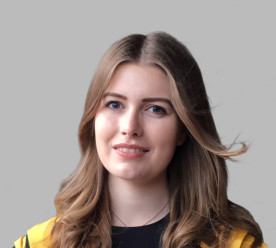 So… Trump is wrong about climate change, what are you doing about it?

Amidst a landscape of promises, targets and metrics Charlotte Slaven explores what we should expect from “climate leaders” in 2018.

“The Trump administration’s announcement undermines a key pillar in the fight against climate change and damages the world’s ability to avoid the most dangerous and costly effects of climate change. Importantly, it is also out of step with what is happening in the United States.

In the US, it is local, tribal, and state governments, along with businesses, that are primarily responsible for the dramatic decrease in greenhouse gas emissions in recent years. Actions by each group will multiply and accelerate in the years ahead, no matter what policies Washington may adopt.”

Or so say 2,800 US leaders as part of the We Are Still In movement.

A movement of American businesses, states and cities that promise to continue to support climate action in line with the Paris Agreement. Signatories from global businesses include Apple, Johnson & Johnson, L’Oréal, Mars, McDonald’s & Walmart.

However, is saying that you won’t follow Trump down a path of inaction “climate leadership”?

Or should we be looking at what companies, states and cities are actually doing to combat climate change?

They are now challenging companies, and the wider world, to act on climate change and holding them accountable if they do not.

Institutional investors, including Allianz Global Investors, Aviva Investors and HSBC Global Asset Management, called on G7 leaders to phase out the use of coal. This underlined that while the 2015 Paris Agreement demonstrated an initial commitment there has been limited resultant climate action. This is no longer acceptable.  Legal & General has moved to vote against the reappointment of the chairmen of eight global companies, including Occidental Petroleum, Subaru and China Construction Bank. This reflects the limited progress made towards to a greener economy under their leadership. Investors demonstrate the need to not only talk the talk but walk the walk when it comes to climate change.

So, when considering climate leadership demonstrated by businesses, what should we be looking for? More promises, targets and metrics? Or something that conveys not only their commitment to taking action but a willingness to work to affect wider change?

Ben & Jerry’s has launched a campaign in partnership with climate change activism group 350.org Australia. This campaign encourages Australians to lobby their local government to divest from coal, oil and gas. This collaboration with a group that often uses acts of civil disobedience to drive corporate or governmental change is striking. It highlights that this Unilever brand is not content with just appearing to be acting on climate change and instead acts in ways that will encourage others to do so as well.

Interface is also grappling with climate change in ways outside its own immediate operation. In addition to having made all of its flooring carbon-neutral, Interface has launched its Climate Take Back™ mission. This includes an Insights Report, featuring the views of 404 climate experts and over 300 young business leaders (18-35 years old). So Interface is engaging with why, or why not, climate experts and young leaders believe a Climate Take Back is possible.  95% of those young business leaders reporting that business is not doing enough to tackle climate change. Interface uses these perspectives to drive its own action. By seeking and sharing alternative perspectives on the role of business in climate change, Interface demonstrates a nuanced approach to the subject matter. This not only includes action surrounding carbon neutrality in the supply chain but a wider awareness of the need to proactively engage in discussions about climate change action.

Saying that you support the aims of the Paris Agreement is not inconsequential. Yet it is no longer enough to make you a “climate leader”. The low barometer for climate action set by the Trump administration should not lessen our expectations of businesses. They now need to not only reduce their own impact. They must also engage with climate change in ways that heighten the expectation that others will follow their lead in taking such action.

Charlotte Slaven is a Researcher at Corporate Citizenship.