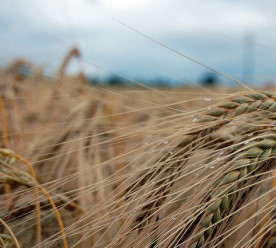 Six out of nine of the UK’s largest auto-enrolment pension providers have no policy to exclude investment in firms that profit from chemical and biological weapons, new research has found. One of the companies, Aegon, has no policy to prevent investment in any controversial weapons, including anti-personnel mines or cluster munitions, according to research by the responsible investment watchdog ShareAction. The report, “The Engagement Deficit”, ranks auto-enrolment pension providers on responsible investment and member communications and engagement. In their default funds, Aviva, The People’s Pension, Scottish Widows, Aegon, and Standard Life do not screen out firms that produce toxic components of harmful weapons. The findings reveal a startling disconnect between the attitudes of the UK population the policies of the fund managers investing on their behalf. Nine in 10 people in the UK say they view tax avoidance as morally wrong but just two of the nine providers – NEST and Royal London – have policies on how they encourage responsible tax conduct at companies they invest in, the report found. (Independent)

Citigroup’s investment bank has suggested that it will shed up to half of its 20,000 technology and operations staff in the next five years, as machines supplant humans at a faster pace. The forecast by Jamie Forese, president of Citi and chief executive of the bank’s institutional clients group, suggested that operational positions were “most fertile for machine processing”. If replicated across the industry, the potential job losses would represent a steeper rate of cuts than in 2007-2017, when almost 60,000 jobs were cut from eight of the world’s top 10 investment banks, according to research from the Financial Times. Richard Gnodde, head of Goldman Sachs International, said: “There are so many functions today that technology has already replaced and I don’t see why that journey should end any time soon.” (Financial Times*)

Mondelēz to use 100% sustainably-sourced wheat in EU

Confectionary giant Mondelēz International has committed to making 100 percent of the biscuits it manufactures in the European Union with sustainably-sourced wheat, a 40 percent increase from the company’s biscuit production in 2017. To meet this ambition, the firm, which produces Oreos, Cadbury Biscuits and Ritz crackers, is expanding its sustainable wheat sourcing initiative, called the “Harmony programme”. The scheme incentivises farmers to follow sustainable practices in the cultivation and processing of wheat in return for a premium on their crop. In 2017, the programme produced 177,000 tonnes of wheat – but for the expansion, this figure will increase to more than 280,000 tonnes by 2022. “European consumers increasingly equate high-quality products with sustainable production. They’re aware of the impact of their food choices on the environment and have high expectations of manufacturers to take their share of responsibility,” Mondelēz International’s Europe president, Hubert Weber. (Edie)

The world’s leading hotel groups have come together to tackle the issue of forced labour with the International Tourism Partnership, launching the ITP’s Principles on Forced Labour at an event in Singapore. The Principles represent a big first step for ITP helping its members reach their Goal for 2030 on Human Rights. ITP’s Principles are supported by the organisation’s thirteen-member hotel groups including Hilton, Hyatt, InterContinental Hotels Group (IHG), Marriott, and Radisson Hotel Group. Launching the Principles, Madhu Rajesh, Director of ITP, said, “Last year ITP took a stand on the four critical issues which the industry’s stakeholders want the hotel sector to be addressing, via the launch of ITP’s Goals for 2030. The Goals set out our vision for how hotel companies can work together on carbon, water, youth employment and human rights. ITP’s Principles on Forced Labour move us closer on our Goal for human rights, and our members are united in their support of our Goals and these three Principles.” (Green Hotelier)

The Dow Chemical Company has continued to prove the business case for measuring impacts on nature, generating almost £90 million from putting an economic value on natural resources in 2017. The firm’s “Valuing Nature” decision-making process, which incorporates the value of natural resources such as water and clean air into business decisions, generated three times as much money in 2017 as it did in 2016 (£30 million), the latest Dow sustainability report reveals. Natural capital integrates ecosystem-oriented management with economic decision-making and development, and some think tanks believe that it can be combined with conservation approaches to align business actions and environmental protection. For Dow, this means formally factoring natural resources into business decisions, enabling an investment in conservation that goes beyond philanthropism. By 2020, all of the firm’s capital, real estate, and research and development projects will need to go through a “nature screen” as part of the approval process, with value added to sustainable projects and deducted from those with large environmental footprints. (Edie)

Image source: Wheat by Clare Black on Flickr. CC BY 2.0.