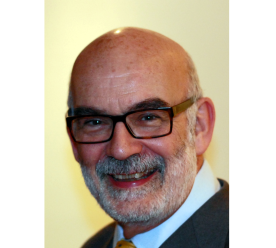 Culture can be difficult to define, how did you do so for the purposes of this report?

The IBE defines culture as the combination of forces that drive behaviour within an organisation. A common element of most corporate crises is that one or more people fall short in their behaviour. Thus, a critical question for boards and senior management is to define the behaviour they expect at all levels in the organisation. There must be follow-through to ensure that the behaviour they have got is what they actually want. The starting point, of course, is that boards need to be clear about the values of the company and the purpose for which it exists. Companies will not have a sustainable franchise if they are simply seeking to make money for themselves. They must deliver something which society wants and values.

What types of questions should the board be asking to get a more detailed picture of company culture?

It is impossible to score culture in any precise way, but there are a whole range of indicators which can help boards assure themselves that behaviour is living up to expectations. In the human resource area these include the operation of the speak-up or whistle-blowing arrangements, staff engagement surveys, staff turnover and comments by staff on social media.  Where suppliers are concerned, it is necessary to look not only at whether suppliers respect the company’s own code of ethical behaviour but also at morale. Unhappy suppliers suggest a problem, especially if payments are being delayed. Finally customer complaints matter, alongside how they are handled, but the evidence suggests that boards spend relatively little time looking at these.

Are KPIs sufficient on their own as a gauge of corporate culture?

KPI’s are not in themselves sufficient as a gauge of corporate culture for two reasons. First, the raw data will almost always need explaining. For example a drop-off of calls to the speak-up line may suggest that morale is improving. Or it may mean that people have forgotten the line exists or even that they are afraid to speak out. Boards have to ask the reasons for trends that are emerging.

Second, boards do need some personal experience of what is going on in the company. That means directors have to spend some time getting out and about and meeting people, preferably without always being chaperoned by senior management. Boards also need to be aware of the context in which the company is operating, which requires them to identify their main stakeholders and consider their concerns. This process should also drive the choice of KPIs.

What is the significance of s. 172 of the Companies Act 2006 from the board’s perspective?

Boards have paid too little attention to Section 172 of the Companies Act 2006 which enjoins directors to take account of a range of stakeholder and ethical issuers in their decision-making and to consider the long-term impact of what they decide. The government plans to require boards to state how they have responded to this in their annual report. This will be good if it helps focus minds on the longer-term issues that confront business, especially if the statement takes the form of a personal declaration by the chair.

What role do shareholders have to play in monitoring corporate culture?

Shareholders have begun to involve themselves more in corporate culture because experience shows that a poor culture can jeopardise the value of their investments.  This is a new area for them, however, and it is taking time for some of the basic questions to become routine. The key point for shareholders is to make sure that the board is on top of the issues and asking the right questions of the management.

What do Tesco, Ryanair and Carillion all have in common?

In each case the boards apparently failed to ask the right questions. In Ryanair, the directors failed to react to evidence of growing morale problems among pilots. In Carillion they did not sufficiently challenge the quality of the accounting and probe the underlying health of the business. In Tesco they failed to see that the pressures on managers was leading them to misreport financial data. These sorts of development are often described rightly as ethical lapses. But it is important to understand that they often arise when people are put under pressure to deliver results that simply cannot be achieved.

Peter Montagnon is an Associate Director of the Institute of Business Ethics and author of IBE’s Culture Indicators: understanding corporate behaviour report.