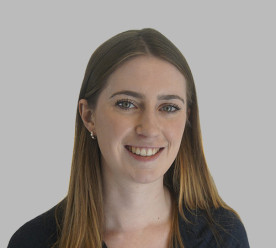 SDGs versus Trump: Who will triumph?

Can the SDGs, and the progressive and collaborative mind-set they represent, successfully bridge a fractious political landscape? Fiona Roberts writes.

Back in 2015, the Sustainable Development Goals (SDGs) were launched –17 goals and 169 targets paving the way to a more equitable, healthy and prosperous world for all by 2030. Fast forward two years and Donald Trump is in power and, according to his critics, undermining the SDGs and what they stand for: global collaboration. As the US continues to pursue an increasingly inward-looking agenda, what does this mean for the Global Goals?

Business commitment to the SDGs is already dwindling. Our new research has found the number of companies that are aware of the SDGs, but lack plans to do anything about them, grew from 13% to 20% between 2016 and 2017. The percentage of companies actively involved in a collaboration related to the SDGs fell from 40% to 33% in the same time period.

The story seems particularly bad in the United States, where just 12% of Fortune 50 companies have set targets or commitments that support the SDGs. In comparing to the FTSE 100, we found the figure among UK companies is nearly triple that. According to the UN’s own analysis of 100 of the largest companies globally, 15 of the 18 that did not make any mention of sustainable development in their 2016 annual reports were based in the US.

So how much of this can be attributed to Trump?

Well, Trump has threatened to undermine climate progress (goal 13) by withdrawing from the Paris Climate Agreement.  Clean energy (goal 7) also looks to be at risk, with the President’s protectionist agenda undermining the clean energy market. Research has shown that the suggested tariffs on solar imports could lead to the cancellation of more than half of all projected solar installations in the US from 2019 until 2021, due to price increases. Trump has already attempted to slash funding for diplomacy, foreign aid and the United Nations, putting Goal 16 (Peace, justice and strong institutions) in jeopardy.

The irony of Trump’s apparent indifference to the SDGs is that the rising inequality that served as a rallying cry for Trump’s campaign is exactly what the SDGs are seeking to address.  In fact, some of Trump’s campaign promises map directly onto the SDGs. The commitment to create 25 million jobs over a decade and sustain annual GDP growth at 3% reflects Goal 8: Decent work and economic growth. A proposed $550 billion investment in infrastructure echoes Goal 9: Industry and infrastructure.

So where does this leave business? The SDGs represent a call to action, across 193 member state governments, business and civil society. Concern that comprehensive delivery of the goals won’t be met arises when both business and government take a back seat. The need for businesses to support governments in the delivery of the goals was made clear from the start, with Goal 17 representing ‘Partnerships for the Goals’.  Political apathy could, therefore, place an even greater emphasis on the need for business leadership. If government is taking a back seat, businesses may need to get into the driver’s seat to deliver the goals.

That certainly seems to be the attitude of some American firms that are upping their activism and stepping into social debates. IBM, for example, has collaborated with the City of Johannesburg and the Council for Scientific and Industrial Research to use its Internet of Things technology to help the city deliver its air quality management plan. Real-time data from environmental monitoring stations will aid understanding of the causes of air pollution and will help model the effectiveness of intervention strategies.

Fiona Roberts is a Researcher at Corporate Citizenship.