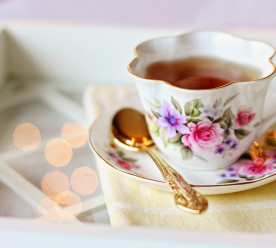 Sainsbury’s has been accused of undermining the Fairtrade movement by experimenting with dropping the ethical mark for its own label tea, in favour of an own-brand “Fairly Traded” label. A series of shareholders and campaign groups criticised the supermarket group for dropping Fairtrade at its annual meeting in London on Wednesday, in an increasingly fraught exchange with the company’s board. Outside the event, protesters carried placards expressing their concern at the development. The company said it was running a pilot with its tea products – but those opposing the change fear it will be extended to other products, including bananas and coffee. (Guardian)

Ride-hailing firm Uber may face stricter requirements on pay and worker’s rights after the UK Department for Transport pledged to set up a working party to look at the guidance given to local authorities, ahead of a wider government review into the so-called ‘gig’ economy. The decision to establish a working party comes ahead of the publication of a government review into the gig economy, which had been due for release in June. Speaking last month, Matthew Taylor, who is heading up the review, said the report would recommend the Low Pay Commission, which advises the Government on the National Living Wage and minimum wage, take a more prominent role. Mr Taylor said the report would set out clear, legal distinctions on what “workers” are, currently falling between employees and the self-employed categories. (Telegraph)

Young entrepreneurs are concerned that the rise of artificial intelligence (AI) in the workplace could impact job prospects. The report, entitled Robot Revolution: The impact of artificial intelligence on entrepreneurs and job prospects, includes detailed polling of 200 finalists from the Young Enterprise flagship ‘Company Programme’ for UK students aged 15-19. When asked about the impact of AI in the workplace, 76% said they believed fewer jobs would be available due to the use of robots. 59% said they thought it would be harder to get a job that a robot could also do, due to a lack of basic core skills like team work and problem solving. 45% said they would accept a job working for a robot. “It’s time to wake up and recognise education must extend beyond academia and properly prepare the next generation for the world of work with skills like communication, teamwork and creativity,” said Michael Mercieca, Chief Executive, Young Enterprise. (Young Enterprise)

The “Petya” ransomware cyber-attack on some of the world’s biggest companies last week could cost Reckitt Benckiser, the maker of Nurofen painkillers and Durex condoms, an estimated £100 million in revenue. Reckitt Benckiser said the attack on 27th June had disrupted production and deliveries of goods to customers in several countries. “Consequently, we were unable to ship and invoice some orders to customers prior to the close of the quarter,” the British consumer goods company said in a statement. “Some of our factories are currently still not operating normally but plans are in place to return to full operation.” Reckitt Benckiser said it was still working out what the full financial impact of the attack would be on the company. (Guardian)

Bathroom and kitchen company Kohler has been awarded for its water conservation efforts by the US Water Alliance during its ‘One Water’ Summit in New Orleans. Water Alliance leaders recognized Kohler as this year’s private sector honoree for its development and promotion of water-efficient products that meet the EPA’s WaterSense efficiency requirements. Since 2006, Kohler has created over 700 new models of toilets, faucets, showerheads, and urinals that carry the WaterSense label. In total, Kohler products have helped Americans save nearly 140 billion gallons of water and more than $2.3 billion on their water, sewer, and energy bills. According to recent research, while high-efficiency toilets using 1.6 gallons per flush or less have been on the market since 1994, 21% of residential toilets in water-stressed states are non-efficient. (3BL Media)