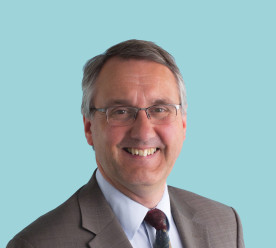 Steady as she goes

Mike Tuffrey reads the runes of the UK general election and asks about the continued relevance of corporate responsibility and sustainability.

Prediction is a mug’s game.  In guessing numbers of seats in the House of Commons, mine were as flawed as most.  Now attention switches to the drama of the outcome and the interplay of personalities – a damaged prime minister, speculation about leadership bids, peace apparently breaking out in the civil war that was the Parliamentary Labour party.

As I write, a new government is being formed, looking remarkably like the outgoing one, save for its Orange underpinnings (an association that will surely undermine the 15 year project – author one T. May – to detoxify the nasty party).

Looking ahead to possible policy changes, what is likely to happen now?  Are the manifestos any guide at all?  Actually our pre-election analysis of the major parties’ offerings is still relevant, I think, though that might not be obvious since so little was debated or contested during the campaign.

Ostensibly all about Brexit and strengthening the negotiating hand, in fact the election brought little debate about the tough choices ahead and what price should be paid for trying to keep which benefits of the single market and customs union.  Likewise, austerity and the need to ‘balance the books’ – which dominated the 2010 and 2015 elections – were largely avoided as defining issues.  And barely a mention of the environment, either, despite the President of the world’s largest carbon emitter per capita breaking with the Paris Agreement mid-campaign.

Elections are meant to be all about the economy, stupid.  Not this one.  How to tackle the UK’s productivity gap?  Or grow the economy while shrinking the supply of both cheap and skilled labour through immigration curbs?  What about impending mass unemployment due to the so-called fourth industrial revolution of artificial intelligence, digitalisation and automation?  Zilch.  Not even a mention of a fall in government tax revenues and consequent spending cuts, inevitable as the economy slows down during the exit process and beyond.

So is there nothing of relevance to those of us working in the world of corporate responsibility and sustainability?  Actually, in the manner of Conan Doyle’s dog that didn’t bark, the silence is significant.

First, not discussed was the need for an industrial strategy.  That’s because all the parties agree, and that is a big shift from the dominant consensus of the last 30 years – that business knows best and government’s job is to free up companies to succeed by deregulating and cutting taxes.  With the return of Greg Clark to BEIS, expect this shift to accelerate.

Second, not presented was any defence of big business.  On the contrary, all the parties were offering (slightly differing) measures to tackle executive pay abuses, gender and ethnic imbalances, consumer rip-offs (think energy utilities and banks), tax dodging, corporate governance, living wages, the ‘gig’ economy and more.  Expectations about responsible business behaviour are rising, not falling, and with that comes the need for accountability and reporting.

Third, the environment may not have featured, but the commitment to address climate change will continue.  Indeed the Conservatives promised to “take a lead in global action against climate change” as well as taking action to meet the UK’s 2050 reduction targets. This provides some stability for low carbon adaptation strategies.

The final area of consensus was the so-called ‘left behind’ communities and the ‘just about managing’, albeit the prescriptions were very different.  Labour’s was for classic state intervention, while the Conservative approach – notably detailed in a largely broad-brush manifesto – is for local regeneration through partnerships, redolent of the Heseltine era: local enterprise partnerships, city mayors, investments funds and the like, with statutory funding and linked to the industrial strategy.  Companies with active community investment strategies, and not just charitable donations, are well placed to adapt.

How much of this will come to pass?  That depends on two things.  First is that the May-led government gets down to business – my punt is that it will, as 318 seats is a workable number, and Brexit will provide discipline.  The second caveat is Brexit itself, and whether there is any bandwidth left within government after grappling with the task of unravelling 40 years of arrangements in two years flat.  That’s more doubtful, especially once the economy turns down, as it surely must, given all the uncertainty.

So the short answer is yes: for the world of professionals working within corporate responsibility and sustainability, it’s steady as she goes.

However I do remain sceptical (here and here) whether most business leaders realise just how much the old norms have changed; a new inclusive form of capitalism is needed for the current era, not longer CSR reports as a responsible side-show.  The Brexit vote, Trump, and now arguably the swing back to a Corbyn-style Labour Party, are all symptoms of the revolt by millions who feel the current system simply isn’t working for them (something that Theresa May has recognised, whatever her other misjudgements).

That’s a topic I’ll no doubt return to many more times as the UK enters an exceptionally turbulent period.