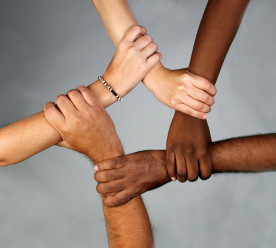 C.E.O. Action for Diversity and Inclusion, a new initiative led by PwC US chairman Tim Ryan, will announce that 150 corporate executives have committed to encouraging their employees to discuss sensitive topics such as diversity and inclusion. Procter & Gamble, New York Life, Accenture, Deloitte U.S. and the Boston Consulting Group are among the companies that have joined the alliance. The group is sponsoring a website, ceoaction.com. The companies are sharing best practices on unconscious bias training; creating an advisory board for lesbian, gay, bisexual and transgender issues; and developing a veterans’ transition program. Members of C.E.O. Action for Diversity and Inclusion will encourage these initiatives and promise to publicly share the best – and the unsuccessful – actions their companies have taken. Efforts can be searched by industry category on the initiative’s website. (New York Times)

The UN Secretary-General has issued the 2017 Sustainable Development Goal (SDG) progress report, providing an overview of global progress towards the 17 SDGs. The report notes progress in tackling poverty, hunger, health and education challenges since 2000, although not enough data is yet available to report on progress since the SDGs launched in 2015. On SDG 7 (affordable and clean energy) and SDG 9 (industry, innovation and infrastructure), the report states that current investment falls short of what is needed to achieve energy access for all and grow developing countries’ industrial sectors. The report also recommends adopting strong national frameworks for sustainable consumption and production, that are integrated into sustainable business practices. (International Institute for Sustainable Development)

Facebook has launched ‘disaster maps’; an initiative aimed at helping humanitarian organisations save lives in emergencies. The maps will reflect the movements and location of people before, during and after disasters to help aid agencies identify where they should deliver food, water and medical supplies. Facebook said it would provide three types of maps:

Mark Zuckerberg, CEO of Facebook, said the new maps would help build “safe communities, and we will keep doing more initiatives like this”. (Thomson Reuters)

BNP Paribas, the world’s seventh-largest financial institution, has announced a new palm oil policy that sets responsible palm oil production as a pre-condition for financing. The policy requires that companies receiving financing protect forests and indigenous people. It also requires companies to adhere to strict human rights and labour standards, end the use of hazardous pesticides, and reduce greenhouse gas emissions. BNP’s policy comes at a time when a growing number of financial institutions are coming under scrutiny for financing destructive agribusiness operations. The industry has also recognised that investing in deforestation is risky business, as companies that are caught destroying forests and abusing workers are shut out of international markets.  (Eco-Business)

Inquiries from overseas authorities investigating the trail of dirty cash flowing to the UK have risen to a record level, according to a freedom-of-information request made by Thomson Reuters’ legal business. The data underscore concerns that illicit funds are washing through the UK’s banks and high-end property market. The statistics were revealed as UK authorities try to crack down on dirty cash running through the country’s financial system, which the National Crime Agency estimates tops as much as £90 billion each year. “Despite the controls at UK banks, the sheer volume of financial transactions that take place every day in London, and the high concentration of financial institutions, makes money laundering through the banking system increasingly easy to disguise,” said Thomson Reuters. (Financial Times*)