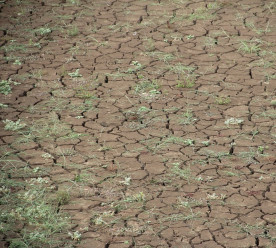 Apple Inc, Alphabet Inc’s Google and Facebook Inc are among more than 60 technology companies that appear to have backed away from the legal fight against U.S. President Donald Trump’s controversial travel ban, deciding not to put their weight behind a lawsuit seeking to block the second version of his executive order. A legal brief filed in federal court in Hawaii on Tuesday on behalf of Silicon Valley companies listed the support of 58 companies, less than half the 127 signatories to a similar brief filed in an appeals court last month. Airbnb Inc, Dropbox Inc and Kickstarter are among the companies that did sign the brief. Major tech companies that signed on to the earlier effort but not this week included Microsoft Corp, eBay Inc, Intel Corp, Netflix Inc and Twitter Inc. The lawsuit may still succeed despite losing the overt support of such big names. Uber Technologies Inc was in the process of adding its name. (Reuters)

Ford is expanding its program that helps suppliers improve their environmental management, growing the Partnership for A Cleaner Environment (PACE) program company participants to more than 40 in two years. PACE now will also offer best practices for reducing waste, carbon dioxide and air emissions. Through the program, Ford offers best practices and monitoring tools to help its suppliers track and achieve their own sustainability goals. In return, the suppliers report their environmental progress and share their own best practices. Participating suppliers are on track to save an estimated 550 million gallons of water over the next five years, according to data collected in 2016. Additionally, current suppliers could reduce their carbon emissions by nearly 500,000 metric tons globally in the next five years, Ford says.  Energy Treasure Hunts, allow suppliers to use experts in their own facilities to identify additional opportunities to save resources. (Environmental Leader)

Sweden’s government plans to propose a controversial tax on airline tickets to compensate for the lack of VAT on international flights and the low price airlines pay for greenhouse gas emissions. The tax would range between 80 and 430 kronor (between around $8.8 and $48) per ticket depending on the length of the flight, deputy finance minister Per Bolund told reporters. The proposal would be included in the 2018 budget bill, and the tax would take effect on January 1st, 2018. “It’s an example of green tax reforms,” Bolund, a member of the Green Party, said. The centre-right opposition is fiercely opposed to the move. It fears airlines could move their routes to neighbouring countries, and companies with head offices in Sweden could move abroad. But Bolund said the Social Democrat-Green government expected parliament to pass the proposal, as it was “highly unlikely”. (The Local)

Global Warming concern at three-decade high in US

Record percentages of Americans are concerned about global warming, believe it is occurring, consider it a serious threat and say it is caused by human activity. All of these perceptions are up significantly from 2015. Americans’ level of worry about global warming has seesawed over the past two decades. Several plausible reasons include the May 2006 release of “An Inconvenient Truth,” highlighting U.S. Vice President Al Gore’s aim to educate Americans about global warming, as well as controversy from 2009 to 2011 surrounding global warming research, which may reflect Americans’ attention being diverted to the economy during the recession and post-recession years. Anxiety about President Donald Trump’s environmental stance could be a factor in Americans’ concern.  Sixty-two percent of Americans now believe the effects of global warming have already begun to happen. That eclipses the previous high of 61% recorded in 2008 and is up from 49% in 2011. (Gallup)

The furniture giant, Ikea, has announced that all its employees in India — women and men — will be entitled to 26 weeks of paid parental leave on the birth of a child. The policy will also apply to employees who have children through surrogacy or adoption. And mothers will be able to work half days for 16 weeks on their return. Workers in Ikea‘s home country of Sweden still have it better — companies there are required to offer up to 16 months of paid parental leave, of which three months are reserved for fathers. But Ikea’s move is a big step forward for India, where a 2015 survey by the Associated Chambers of Commerce and Industry showed 25% of women quit their jobs after having a child. Ikea’s policy shift coincides with new rules in India requiring all companies employing more than 10 people to provide much more generous maternity leave. That puts India ahead of several much richer economies, including the U.S., Japan, Germany and France. The new regulations will benefit around 1.8 million women employees.  (CNN)