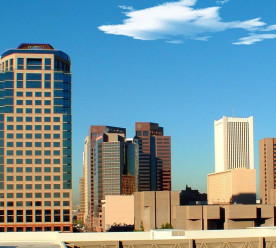 The Paris Agreement and the global divestment campaign has secured one of its biggest victories to date, after banking giant Deutsche Bank announced it would halt investment in new coal projects in line with its commitment to the international climate change treaty. In a short statement, the European banking giant has said the company and its subsidiaries “will not grant new financing for greenfield thermal coal mining and new coal-fired power plant construction”. It added that the bank will also “gradually reduce its existing exposure to the thermal coal mining sector”. The bank said the reforms were directly linked to its support for the Paris Agreement. The move also follows a high profile 2014 campaign, which led to the bank pulling out of a deal to invest in the expansion of the Abbott Point coal port in Australia. The latest decision is part of a growing trend that has seen thousands of investors commit to divest their holdings in coal and other carbon intensive projects; following warnings they could be investing in a ‘carbon bubble’. (Business Green)

The World Bank has criticised what it believes are “grossly misrepresented” findings from the Bank Information Center (BIC), which claimed that up to $5bn in intended low-carbon funds have instead been used to introduce tax breaks for fossil fuel developments in developing countries. “We are deeply disappointed that after close cooperation with BIC on this report, their findings grossly misrepresent the World Bank’s engagement in these countries,” a World Bank spokesperson said. The World Bank’s Climate Action Plan has deliberately focused on shifting finance away from fossil fuels in order to funnel support for low-carbon technologies across the globe over the last few years. The Bank recently partnered with a host of private sector organisations to launch the Climate Business Innovation Network (CBIN) to help commercialise clean technologies across developing countries. It has also made a “fundamental shift” in its role of alleviating global poverty, by refocusing its financing efforts towards tackling climate change. Last year, the Bank pledged to spend 28% of its investments directly on climate change projects, and that all of its future spending would take account of global warming. (Edie)

Japan’s largest drugmaker, Takeda Pharmaceuticals Co, on Wednesday said it would maintain its pricing model in the U.S. market, brushing off demands by U.S. President Donald Trump for drugmakers to offer cheaper drugs. “Takeda has for many years been reasonable in its price increases in the U.S. and we are very committed to single-digit price increase,” Takeda Chief Executive Christophe Weber told reporters at a results briefing. Trump has called on global pharmaceutical companies to make more of their drugs in the United States and cut prices. Takeda, which produces cancer treatments including Velcade, which targets a type of blood cancer, earns around a third of its drugs revenues from the United States, its biggest market outside Japan. The company has said it was looking for more acquisitions to bolster its drug portfolio and expand to more overseas markets. (Reuters)

Theresa May should guarantee the minimum wage for self-employed workers for companies such as Uber and Hermes and prevent them from losing work with no notice, the Labour MP Frank Field has said. The chairman of the Commons work and pensions select committee told a Downing Street review of modern working practices that all workers should benefit from a new “national standard of fair work in the gig economy”. The proposal by Field, who has led campaigns in parliament against what he claims is the “sulphurous effect” of the fast-growing gig economy, comes amid multiple legal claims by people who believe they are wrongly classed as self-employed and so miss out on basic rights. In his submission to the government’s labour market review led by the former Downing Street adviser Matthew Taylor, Field said a new national standard of fair work would “give the prime minister the tools she needs to craft basic humanity, decency and fairness into the bottom of Britain’s labour market”. He said an additional 900,000 self-employed positions had been added to the UK workforce since 2010. Uber declined to comment and Hermes said it was looking at Field’s proposals. (Guardian)

The City of Phoenix, AZ and Recyclebank, a company that pioneered an education and incentives platform to encourage sustainable purchasing and disposal habits, formally announced a program aimed at diverting 40 percent of the city’s waste from landfills by 2020. It will motivate 1.5 million residents in Phoenix to reduce, reuse, recycle and reconsider eco-friendly consumption choices. The City of Phoenix aims to connect with its varied demographics and inspire all eligible residents to participate in the program. “Not only will our residents receive education and tangible rewards for their diversion efforts, but we will minimize negative environmental impact on future generations,” said John Trujillo, Director of Phoenix Public Works. The city also encourages waste reduction with its Save As You Reduce & Recycle (SAY R&R) program. Additionally, Phoenix has developed the Resource Innovation Campus (RIC) to bring new ideas from the business community to support circular economy initiatives. (Sustainable Brands)

Information source: Phoenix skyline in 2004, looking west from Wikimedia Commons. This work has been released into the public domain by its author, Bravo1. This applies worldwide.