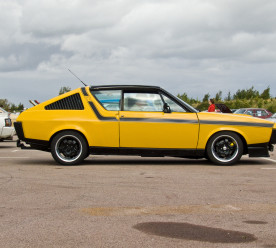 UK condemned for deporting survivors of trafficking back to Vietnam

The British authorities are failing to identify and protect Vietnamese victims of trafficking who are being deported back to Vietnam without adequate support or protection, according to anti-trafficking activists. Christine Beddoe, an anti-trafficking expert, said that many victims were still not being formally identified and given the support and assistance they are entitled to under UK law. Fiona Mactaggart, co-chair of the all-party parliamentary group on human trafficking and modern-day slavery said:  “It is all very well for the prime minister to say that Britain has world-leading legislation on modern-day slavery. The problem is we’re not effectively implementing it”. Failure to identify victims of trafficking can lead to people who have been exploited for profit in the UK being sent back to Vietnam, still in debt bondage and often with psychological and medical conditions, where they can be re-trafficked back to the UK. The government estimates there are up to 13,000 people trapped in modern slavery in the UK. (Guardian)

Facebook Inc. was sent an antitrust complaint by European Union regulators who say the company may have misled them when it sought approval to buy the WhatsApp messaging service in 2014. The world’s biggest social network faces fines of up to 1 percent of annual sales for providing “incorrect or misleading information” during the EU’s 2014 review of the WhatsApp takeover. It has until Jan. 31 to respond to the European Commission. The EU approval for the Facebook-WhatsApp deal isn’t at risk, the authority said in an e-mailed statement. Facebook informed regulators in August 2014 that it wouldn’t be able to establish “reliable automated matching between the two companies’ user accounts,” the EU said. It now takes the view that this was technically possible in 2014 and that Facebook “intentionally or negligently” submitted misleading information, breaching EU merger rules. EU Competition Commissioner Margrethe Vestager said earlier this year that officials were quizzing Facebook over privacy policy changes that allowed advertising on Facebook and Instagram to draw upon data from WhatsApp. (Bloomberg)

On Monday 19 December, UN Women and the UN Inter-Agency Network on Youth Development’s Working Group on Youth and Gender Equality celebrated the launch of CEDAW for Youth, the youth-friendly version of the Convention on the Elimination of All Forms of Discrimination Against Women (CEDAW), as well as recognized the 37th anniversary of CEDAW’s adoption. As of 2016, 189 UN member states have ratified CEDAW. Around the world, CEDAW has been a key tool for advancing women’s rights and gender equality, providing the basis for judicial decisions, and constitutional, legal and policy reforms at the country level. The new 2030 Agenda for Sustainable Development recognizes gender equality as a prerequisite for achieving sustainable development and all the other SDGs. With the SDGs and CEDAW, world leaders have the human rights foundation, the commitments and the mechanisms for implementation and accountability, and for achieving gender equality, ending all forms of discrimination. “Gender equality is not a favour, it’s a fundamental human right,” says co-author Pooja Khanna. (UN Women)

Ambitions to reduce environmental impact by slashing water use are driving brands in industries of all kinds to rethink their manufacturing processes. This week, both Wrangler and Toyota announced they have risen to the challenge and have plenty to show for their efforts. Having recently reached a milestone of three billion liters of water saved since 2007, denim and casual apparel brand Wrangler announced on Wednesday that it plans to reduce water usage at its facilities by 20 percent by 2020. Investment in advanced wastewater treatment systems to improve effluent water quality set Wrangler’s water recycling program up for success, allowing treated water to cycle back through the system. Meanwhile, Toyota has released its 2016 North American Environmental Report, which highlights the automaker’s achievements over the past year. North American operations reduced water usage by nearly 100 million gallons over the past year, the equivalent to the annual water use of more than 900 average American families. (Sustainable Brands)

Key EU Environment Ministers discussing the reform of the EU Emission Trading Scheme (ETS) have confirmed their support for measures to push forward emission cuts in the carbon market. Climate Action Network (CAN) Europe welcomes the support for more ambition, but at the same time urges EU decision makers to step up those cuts in order to be in line with the goals of the Paris Agreement. Ministers from several EU countries, including Belgium, the Czech Republic, Denmark, Finland, France, Germany, Luxembourg, the Netherlands, Sweden and the UK intervened on the need to increase the price signal and bring the ETS in line with the Paris Agreement. CAN Europe urges EU decision makers to permanently cancel the massive glut of surplus pollution permits (by 2020, the ETS surplus will have grown to up to 4.5 billion; this is more than what the EU emits annually; under current reform proposals, these can be fully carried over to the next trading period).  (Blue & Green Tomorrow)