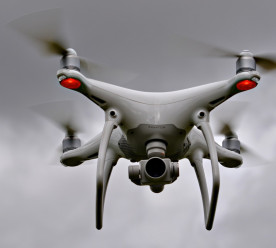 Mining company Rio Tinto has been criticised by privacy campaigners for its use of “smart infrastructure” to monitor employees in Western Australia. Through a contract with facilities management company Sodexo, the company is in the process of dramatically expanding surveillance of its Pilbara assets via a platform that live streams information to a monitoring station in Perth staffed by 50 people. “Our goal is to get to the point where we can capture individual insights on where employees are spending their time and money and improve the quality of their lives,” said Sodexo’s Keith Weston. “Over time, Sodexo plans to add sensors to light poles and rubbish bins, and we already have plans to start experimenting with drones”. A Sodexo spokesperson has since clarified that there is “no use of drones” at the sites, and that the comments are “conceptual only”. (Guardian)

Amazon workers in Scotland have reportedly resorted to sleeping in tents near the company’s warehouse in an attempt to save money on travel costs so they can continue working for the company. Critics said Amazon should be “ashamed”, and demanded it raise workers’ wages to enable them to commute from their homes. A spokesperson for Amazon said: “We pay competitive wages – all permanent and temporary Amazon associates start on £7.35 an hour or above regardless of age and £11 an hour and above for overtime.” Special buses are laid on to transport workers to the facility but fares cost up to £10 per day – the equivalent of more than an hour’s pay. Amazon has repeatedly come under fire for its treatment of workers, as well as its tax practices. (Independent)

Expedia has been announced as the best place to work in 2017 as part of Glassdoor UK’s Employees’ Choice Awards for the second year running. Winners are ranked on their overall rating during the past year among current or past employees who leave an anonymous review on Glassdoor’s website. One Expedia review said: “Amazing leaders, very accessible and communicating a lot with all employees. Flexible environment (copes easily with having children or other lifetime events)”. Diarmuid Russell, Glassdoor head of international, said: “Company culture and the employee experience are critical considerations for jobseekers everywhere when deciding where to work”. Other companies to make the top 20 included tech firms ARM Holdings, Salesforce and Google, engineering consultancy Mott MacDonald as well as Unilever, GSK and Centrica. (Personnel Today)

Some of the UK’s largest manufacturing organisations have called on the government to step up their support for energy efficiency and demand response to drive down energy use in UK industries. A new report released today by EEF, the manufacturers’ organisation, finds significant opportunities for cost-effective energy efficiency measures are not being exploited through current policy mechanisms. Despite having cut electricity consumption by 18 per cent since 2000, the report, Upgrading Power: Delivering a Flexible Electricity System, suggests manufacturers could save a further 14 per cent through better management of electricity use and the installation of energy saving technologies. The report also finds there is significant scope to scale up participation in demand response schemes (DSR), where intensive energy users agree to dial down energy use during times of peak demand for the grid. (Business Green)

The Mayor of London, Sadiq Khan, has called on the UK government to secure proper compensation from Volkswagen (VW) for the “dieselgate” scandal, saying the £1.1 million it has pledged so far in the UK is “outrageous”. Khan said the settlement was far too low compared with the £12 billion payout achieved by US authorities for VW’s use of sophisticated “defeat devices” to cheat emissions tests. He wants UK VW owners to have a buy-back option, and compensation for cities such as London, which is estimated to have up to 80,000 VW cars that have a defeat device installed. The mayor wants VW to reimburse Transport for London £2.5 million in lost congestion charge revenue, resulting from the defeat devices. He plans to use the money to raise awareness and reduce exposure to air pollution at schools in some of the most polluted parts of London.  (Guardian)