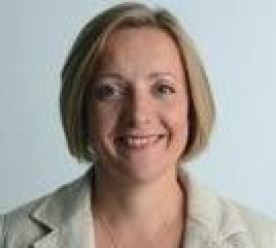 We’re checking out of Europe; we mustn’t check out of the natural world

So what is this loss of raw materials referred to above? The latest Living Planet Report was published at the end of October 2016, in partnership with the Zoological Society of London (ZSL), and is widely regarded as a barometer for the state of nature globally. It showed a continuing decline in species populations, and that we have entered a new geological era, the Anthropocene, whereby humans are having the dominant impact on the climate and environment. We are on course to continue not just shaming ourselves over the next few years if we don’t change tack, but also rendering our businesses and livelihoods entirely unsustainable.

And what of loss of competitiveness? Five months ago, something historic happened which means the gateway between the UK and the EU will radically change shape over the next few years. There is a lot of huffing and puffing on both sides of the referendum debate, still, but the mist is clearing and we know what we must seek for the environment as part of our new relationship with Europe.

But hang on a minute – businesses are used to change. The best are nimble, opportunistic where it pays to be so, strategic. Conservationists have worked hard to set the course for change, away from disaster, towards a more sustainable world, for decades, so they too are used to movable feasts.

Yet many of us are trying to figure out how best we move forwards from here. How do businesses tackle biodiversity loss in a way that really shifts the dial and preserves all futures involved? And what will the EU landscape look like for both business and environment? Where do these two worlds overlap when it comes to the post-referendum world we inhabit?

The EU referendum result in some ways presents a lens through which to see the environmental challenges we face globally. The mechanisms we have in place to protect nature, thanks to EU law, are vulnerable to change. Without them, the living planet index will only decline further. EU law is only one influence, but it’s a big one, given the global companies that reside in the UK.

The main issues of Brexit for many businesses seemingly have nothing to do with the environment, of course. The focus is on immigration and the single market. Furthermore, some businesses, according to Nick Molho of think tank The Aldersgate Group, got the distinct impression from the PM’s speech on ‘hard Brexit’ that immigration has become a more important political issue than access to the single market. So the needs of the planet could be seen to be languishing on the sea bed in this debate.

However, environmental regulations relate not only to our planet of course, but to competitiveness. This is where businesses are right to add volume to the voices of NGOs and other campaigners, even where they are not so far committed to the cause on moral or inter-generational grounds.

As we know, many regulations and standards set by Europe for the UK are up for grabs, but regardless of the final relationship, business needs to sell goods and services into Europe, so the ‘rules and regs’ of the EU will still apply. Therefore, on areas such as energy and resource efficiency policy, Aldersgate is calling for the UK to develop similar if not better environmental standards than what is currently in place, so that British businesses can be “export ready” whilst simultaneously continuing to improve their environmental performance.

We call for the same, since without protection for natural resources, not only do we all suffer, but businesses are far less sustainable. Corporates must take a long term view. Many ‘get’ this and have made major shifts, but one piece of incoming EU legislation, around the Circular Economy Package, or CEP, puts the issue into sharp focus.

The legal framework to underpin the CEP is being formulated now, and despite the PM’s protestations that we must be at the table until we leave, to participate in discussions and decisions that affect all current members, it is debatable that we can really influence incoming legal frameworks that we will be exempt from. With the CEP, though, we would be foolish at best to cut ourselves off, not least because it is the way forward if we are to turn the tide, and we simply must listen and learn.

If the CEP regulations are not adopted by UK businesses, they will eventually become uncompetitive. When Nick Molho started talking about flat screen televisions to me, I did wonder where we were heading, but it’s a great example of the challenges posed by the CEP to businesses. Currently very hard to dismantle and recycle, these modern day box set essentials are a symbol of all that’s wrong with the way we consume. It’s possibly a pipe dream to expect us to completely shift to a new consumption paradigm, but we can change the sustainability credentials of what we consume, even if the volume of it doesn’t fall. The CEP would make a legal requirement for flat screen TVs to be made in a way that they are easy to dismantle so that valuable components such as rare earth materials can be reused.

This requires a shift in business behaviour towards better resource efficiency, and UK business is well placed to deliver this. Many businesses in our car manufacturing, IT, retail and energy industries are all performing well in this area, to name a few, so we could be ahead of the curve. If lesser standards come in, it will be the less ambitious business that becomes uncompetitive and gets left behind, and won’t attract investment.

Climate change is another case in point where EU law has helped us to play on the global stage – some would argue given recent events this is even more important. And water directives, pollution standards, habitat protection; all of these are part of protecting our ‘resource base’, crude as that sounds.

We must work hard to enshrine their protection in law, for all our sakes.

Rebecca Pain is a corporate stewardship engagement manager at WWF-UK. This article was originally published on the WWF Blog.