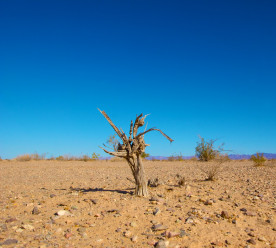 The most (and least) empathetic companies of 2016

US businesses push against Trump’s attempts to dismiss climate change

A growing number of environmentally friendly American businesses, sustainable business experts and environmental activists are planning to step up efforts to help guide policy and fight what many see as the biggest threat facing the world today. The three-day Companies vs Climate Change summit brought together executives from companies including TD Bank, Citigroup, Nasdaq, Ingersoll Rand, Bright Power, United and Alaska Airlines. Joe Doolan, head of environmental affairs at TD Bank, said his company planned to press ahead with green initiatives. “If compliance isn’t going to come from the government it really is going to be the power of individual decision-making that’s going to create the change,” said Forest Green representative Sarah McDonough. (Guardian)

Wells Fargo, which has been in the spotlight for months over sales malpractice in its branches, has changed its boardroom rules to require the roles of chief executive and chairman be kept separate, adding to pressure on other US banks to end the contentious practice of combining the top jobs. Brian Moynihan, who holds both positions at Bank of America, survived a corporate governance battle with some shareholders last year over whether he should be stripped of the chairmanship. JPMorgan Chase has also faced calls to split the jobs. “This change to ensure accountability and stronger oversight will benefit everyone with an interest in the company”, said Michael Frerichs, Illinois’ state treasurer. Yngve Slyngstad of Norway’s sovereign wealth fund said this year it was “untenable” for companies not to separate the roles. (Financial Times*)

Two multinational tech companies previously questioned over labour and workforce conditions have won the inaugural Thomson Reuters Foundation Stop Slavery Award for turning the spotlight onto their own supply chains to eradicate modern day slavery. Hewlett Packard Enterprise and NXP Semiconductors were chosen from a shortlist of 10 companies, including Apple, Tesco and global seafood producer Thai Union. Organisers of the award said it was interesting that all of the shortlisted companies had received media attention highlighting modern slavery risks related to their business operations or supply chains. An independent specialist assessed the company submissions on the strength of anti-trafficking policies already in place as well as their ability to identify and respond to problems. (Eco-Business)

Princess Cruise Lines has agreed to plead guilty to seven felony charges and pay a $40 million penalty for polluting the ocean by discharging thousands of gallons of oily waste and then trying to cover it up. California-based Princess is a subsidiary of Carnival, the world’s biggest cruise company. At the heart of the criminal case lies one ship in particular, the 3,192-passenger Caribbean Princess, which prosecutors said used a “magic pipe” to bypass the ship’s usual equipment and illegally discharge thousands of gallons of oily waste into the ocean. Investigators determined that the ship had been making illegal discharges since 2005, the year after it was put into service. Other illegal practices taking place on the Caribbean Princess and four other ships were also discovered. (Washington Post)