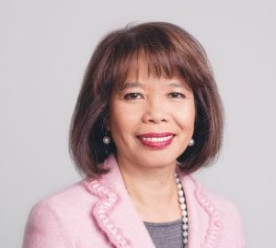 The Paris Agreement – what next for business?

On the 22nd April, coinciding with Earth Day, over 170 countries signed the UN Paris agreement on Climate Change. In doing so, they have committed to reducing carbon emissions by 40% by 2030.

Some cynics question whether the agreement will result in anything concrete. Criticism has ranged from calling the agreement ‘empty diplomacy’ with no real measures of accountability, to describing it as ‘one big PR stunt’.

What would happen in the event of a Republican climate-change sceptic winning the US presidential election adds to the uncertainty, especially since President Obama will be circumventing the US Senate to ratify the agreement. Luckily, consensus drawn from the World Resources Institute is that the international backlash would be too strong ‘if any administration were to withdraw’.

Cassie Flynn, climate change advisor for the UN development program, is confident that if the ratifying processes follow schedule the agreement will become law as early as 2020. This needs to be on companies’ agendas now.

But what does this combination of uncertainty and impending legislation mean for business?

In his speech to the UN, U.S. Secretary of State John Kerry emphasised the role the private sector had to play in combating climate change: “The power is the message that it sends to the marketplace.”

Debate so far has focused on two main trends: a) divesting from coal, and the subsequent investment in clean energy sources, and b) dealing with the economic impact of adhering to new carbon taxes and laws.

Just last week, US coal conglomerate Peabody had to file for bankruptcy under billions of dollars of debt. In a climate of low gas prices, increasingly affordable renewables and louder political pressure, it is clear that the coal industry faces a mounting assault on all sides.

JP Morgan is the latest in the line of financial sector groups pledging to divest or extensively scale back from investing in coal. The group already includes Bank of America Corp., Citigroup Inc., Morgan Stanley, Wells Fargo & Co and Norway’s sovereign wealth fund. JP Morgan has said: “We believe the financial services sector has an important role to play as governments implement policies to combat climate change,” showing that it too is not afraid to play an advocacy role.

The market is reacting to these changing strategies, with responsible low-carbon investments no longer side-lined to philanthropy. Global investment in clean energy rose to a record $329bn in 2015, a 4 per cent jump from last year. Across global markets, India has approved six solar projects, Vietnam has said it will stop building coal plants, and Wall Street is witnessing a wave of low-carbon investment products to make it easier for low-carbon companies and funds to be indexed.

Big wind and solar power buyers such as Google are continuing to put resources into renewables, with Google alone committing more than $2.5bn to renewable energy projects. A recent report showed that solar jobs in the US have grown at a rate 12 times faster than the national average.

These changes are not without growing pains, however.

Bloomberg’s New Energy Finance research has reached a costing estimate of $12.1 trillion over the next 25 years for the 170 countries that have said they will sign the agreement. How these countries will shoulder these costs with the help of the private sector has been hotly debated.

A carbon tax is largely regarded as the best way to incentivise divestment from coal, whilst also offsetting the costs of moving to the near carbon-zero infrastructure necessary to hit emission targets by 2030.

In the short term, these targets are relatively achievable. Uncertainty rests, however, on the longer-term targets.

Many economists have shied away from producing models past 2030, as they are too speculative. Those that do exist are regarded as highly pessimistic, as they fail to take into account potential technological breakthroughs in affordable clean energy.

Investment in new low-carbon technology should not be underestimated, as more and more investors see that ‘Wall Street is getting behind green investing because it sees money in it and crowding into a theme that is already hot.’

So, while we should celebrate the achievement of the signing of the Paris agreement, it is clear that for businesses and governments alike, the hard work has only just started.

This article was previously published by Cecilia Reyes on LinkedIn.