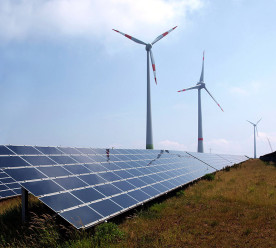 31 OECD members have agreed on a set of rules that will make it harder for firms to hide money in tax havens or play one country’s tax authority against another. The agreement sets out new rules on country-by-country tax reports to be filed by multinational companies, which will be automatically shared between governments. The move follows public anger at the tax practices of some multinationals, most recently Google’s tax deal in the UK. The Agreement marks an important milestone towards implementation of the OECD/G20 BEPS Project, which last October set out 15 key actions to reform the international tax framework. OECD Secretary-General Angel Gurría said the agreement would have “an immediate impact in boosting international co-operation on tax issues, by enhancing the transparency of multinational enterprises’ operations”. Tax administrations where a company operates will get aggregate information annually, starting with 2016 accounts, relating to the global allocation of income and taxes paid by the company. (BBC)

The United Nations urged global business leaders on Wednesday to double investment in wind and solar energy to US$ 600 billion a year by 2020. One month after the Paris climate agreement, Ban Ki-moon, the UN secretary general, told business leaders they needed to act decisively to hasten the transition away from the fossil fuel economy – or they would put the historic accord in jeopardy. “I call on the investor community to build on the strong momentum from Paris and seize the opportunities for clean energy growth,” Ban told a UN investors’ meeting in prepared remarks. “I challenge investors to double – at a minimum – their clean energy investments by 2020.” Global clean energy investment attracted a record US$329 billion last year, according to Bloomberg New Energy Finance. The gathering today of about 500 investors was the third stop for Ban and other UN officials this month on an itinerary designed to get business leaders firmly behind the Paris climate agreement, after meetings in Abu Dhabi and Davos. (The Guardian)

RepRisk has released its annual Most Controversial Companies Report (MCC 2015), which focuses on the companies that were most exposed to environmental, social and governance (ESG) risks in 2015. Severe ESG risks in 2015 led to reputational, compliance and financial risks – including major falls in stock prices, substantial product recalls and record fines, and in some cases, the removal of a company’s senior executives. Four of the companies made the ranking due to a major scandal or disaster that took place in 2015. These are Ruihai International Logistics (China), Samarco Mineração (Brazil), Blue Bell Creameries (US) and Volkswagen (Germany). The companies included in the report span various sectors and geographies. Notably, the automotive sector has four companies in the ranking. Three of the companies – Takata, FIFA, and Uber – were already included on RepRisk’s MCC 2014 list, and have again earned a place in the MCC 2015 due to their systematic and ongoing risk exposure. (Business Wire)

A computer has beaten a human professional for the first time at Go – an ancient board game that has long been viewed as one of the greatest challenges for artificial intelligence (AI). The best human players of chess, draughts and backgammon have all been outplayed by computers. But a hefty handicap was needed for computers to win at Go. Now Google’s London-based AI company, DeepMind, claims that its ‘AlphaGo’ program has mastered the game. The IBM chess computer Deep Blue, which famously beat grandmaster Garry Kasparov in 1997, was explicitly programmed to win at the game. But AlphaGo was not pre-programmed to play Go: rather, it learned using a general-purpose algorithm that allowed it to interpret the game’s patterns. This means that similar techniques could be applied to other AI domains that require recognition of complex patterns, long-term planning and decision-making, says DeepMind co-founder Demis Hassabis. “A lot of the things we are trying to do in the world come under that rubric.” Examples are using medical images to make diagnoses or treatment plans, and improving climate-change models. (Nature)

A group of academics and former high-ranking government officials believe that leaving the EU would be damaging for the UK’s environment and quality of life. The group, which includes past heads of the RSPB, the National Trust, the Environment Agency and Natural England, said in a letter to the environment secretary, Liz Truss: “Being part of the union has enabled us to coordinate action and agree policies that have improved our quality of life, including the air we breathe, the seas we fish in, and have protected the wildlife which crosses national boundaries. Higher European manufacturing standards for cars, lights and household appliances have lowered consumer energy costs, and stimulated business innovation.” Whether the UK would tear up all of its existing commitments on environmental protection, most of which are codified under the EU, in the event of an exit from the bloc is unclear, but is seen as a key danger. (The Guardian)